Today was a quieter day, started off with breakfast and coffee in the apartment before heading out to buy a few tickets on the green hop on / hop off bus. We decided that would be a good way to see lot of Rome quickly.

On the way we stopped at a few leather shops (and when I say on the way, I really mean stepped out the front door and walked about 100m, they are that close) and I bought a small blue wallet. This will fit in the same pocket as my phone and should be easier to protect from future pick pockets.

Even though we got stuffed around with the apartment on our first night here, this one has really turned out to be great. The area it is in "Spagna" is pretty classy, with really nice shops everywhere, hotels, cafes and restaurants. Its also a lot quieter than the other place would have been, right on a roundabout opposite a church with bells that go off every 15 minutes, and its right between two metro stations.

The green bus cost 18 Euro a ticket, and we were on it for just over 2 hours doing a complete circuit of Rome. I've uploaded some of the pictures below. We noticed there are lots of fruit trees all over Rome. When we were outside the Termini Station, we noticed a bus with the Harbour Bridge on the back of it. The bus crossed the Tiber a few times. I always imagined it would be wider than it was, but the banks of the river were raised in the past to deal with the flooding from the river.

We got off in the area near the Trevi fountain and looked for a place for lunch. Lunch was at the "Trevi Restaurant Bar" Emma had yet another margarita pizza, Paul and I had a bolognese risotto (different, but delicious), Sue had lasagne and Sharon had pesto paccheri (thick pasta). The food was washed down with a house red, really interesting in that it was a sparkling red, but only very slightly, so it wasn't at all like Champagne.

After lunch we had a cruise around the shops, including the Disney store, we picked up some general souvenir crap, Sharon went back into one of the food stores and bought a jar of truffles to bring home. After this we had a bit of a wander around the streets, and not sure if it happens every Saturday evening, or if its something to do with Easter, but many of the roads were closed to traffic, (including the main Via del Corso).

Dinner will be a late one tonight (considering we had lunch at 3pm). There is a little restaurant right across the road from us, so we are going to try that tonight.

Tomorrow is our last full day in Roma, and we are off to Hadrian's Villa to have a look around. 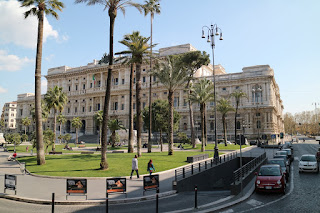 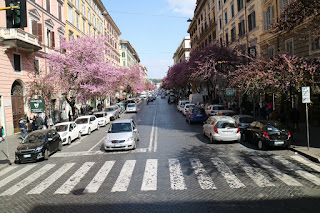 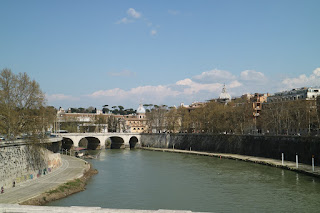 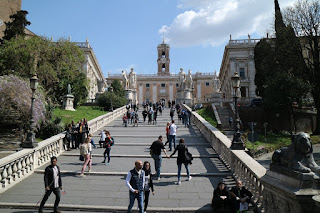 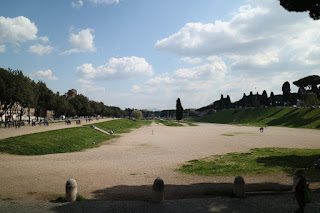 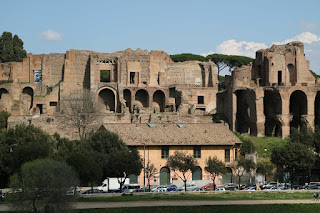 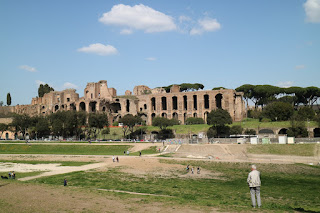 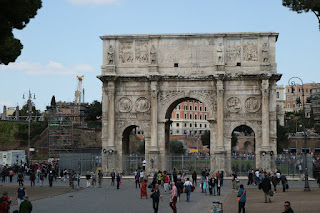 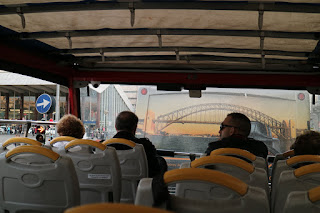 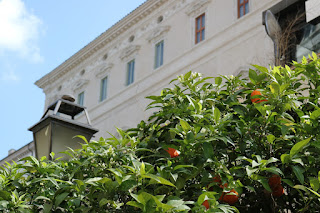 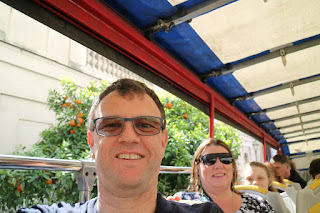 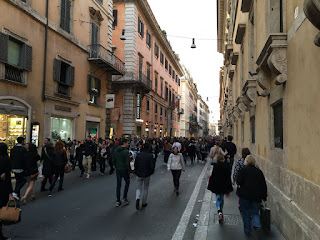 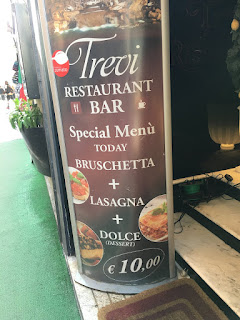 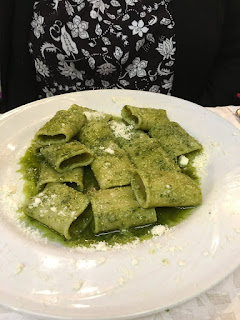 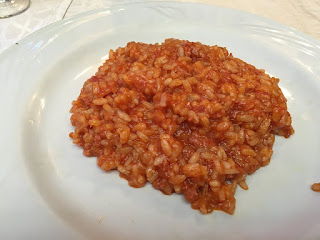 The route of the on / off bus 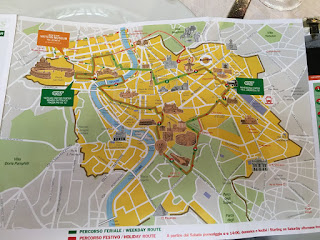 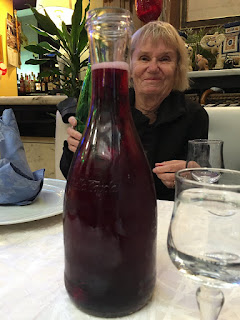 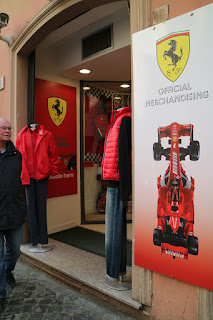 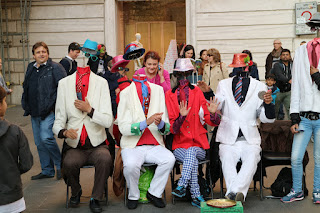 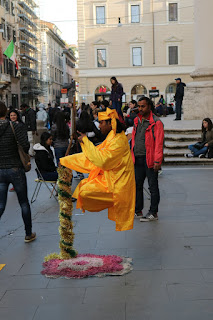 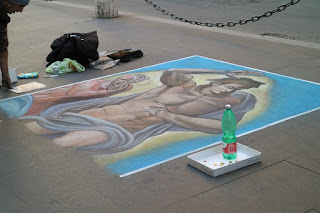