Some Thoughts on Pompeii and Pick Pockets

As I mentioned in my last post, my wallet was stolen on the train from Naples to Pompei Scavi train.

This train is nortorious for this, I was even being careful, had the wallet in my front pocket. I should have had it in my bag or just not taken it at all. I was relatively lucky, I only lost about €85 and AUD$40. I cancelled my credit cards within an hour before they could be used. I'm annoyed I had most of my cards with me, I should have only taken one with me that day.

I had a Westpac Global Currency card, which comes with two cards, and I left one at the apartment not activated, so I could use that when I got back to Rome.

As a secondary backup I also bought a MasterCard cash pssport and loaded a few Euros onto that, really in case I had issues with the Westpac one. I had one in my wallet and Sharon had one in her purse. So we had a few backup options.

MasterCard are sending an emergency card to our next apartment in Florence. The most annoying thing is Sharon's SIM card from Australia was in my wallet, but Telstra said they can reissue that in minutes back in Australia. Thankfully that's a prepaid account.

It would not take much to stamp it out, the train is small, it would be the same people doing it, local cops would easily be able to distinguish tourists from a group of dodgy pick pockets.

Pompeii get 2.6 million visits a year, around 7000 a day. Assume 60% go by train each way, that's a potential target pool of over 8000 to pick pocket. Given the queue in the police station, I'd say at least 5 to 10 people get done on each train trip, and the train runs every 30 minutes.

Check out this picture, this is just before I got done. There is no room to move at all on the station platform. This crowd packs in tight when the train arrives, and with people getting off it pandemonium. I was more focused on ensuring my daughter wasn't hurt or separated from me. 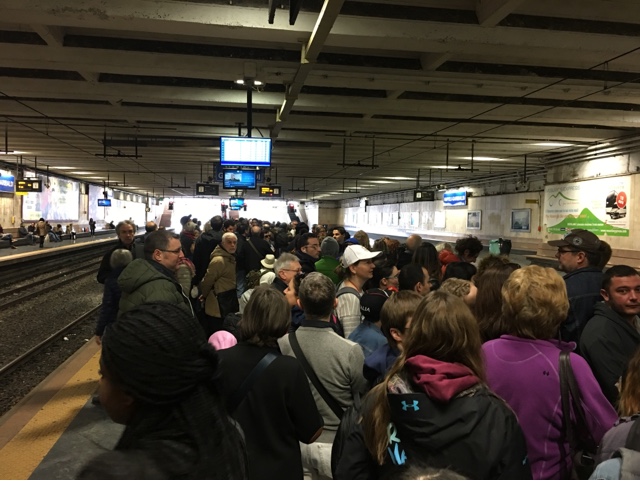 Given that Pompeii is a major world heritage site, Italy should do more to make it a safe experience. It's €11 to enter, they should really increase the price and run a special train for the site.

This is what the local train to Pompeii looks like :- 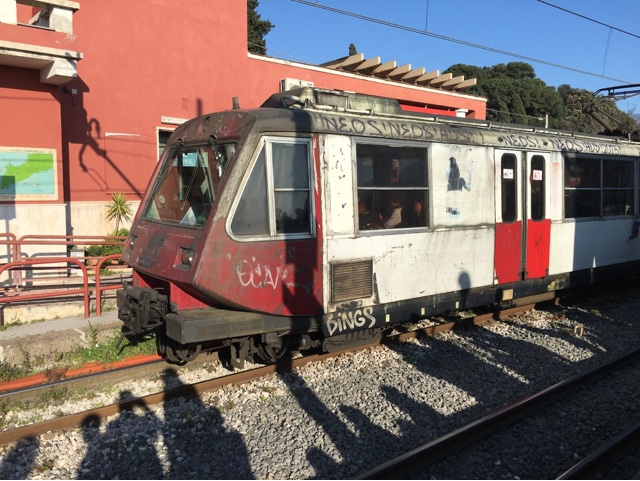 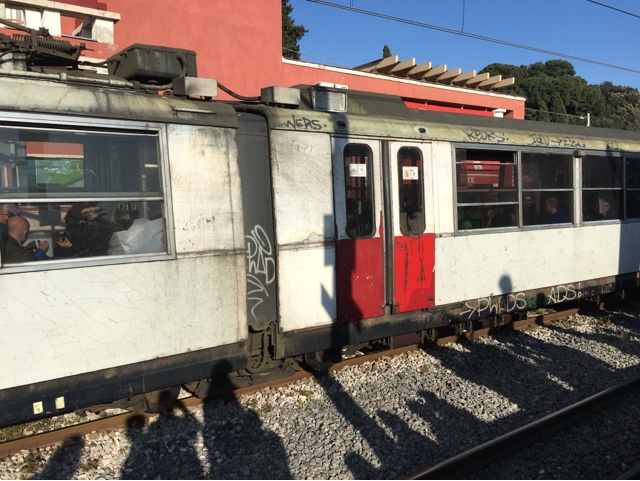 If I were Italian, I'd be truly embarrassed at the impression this gives, especially when you have just travelled from Rome in a quality Frecciarossa train.

If you are planning a trip to Pompeii, I'd suggest either an organized bus tour in a decent coach, or just take a taxi or über from Naples. Apparently a taxi will be between €60 and €80. In my opinion it's worth it, as the local train is disgusting. 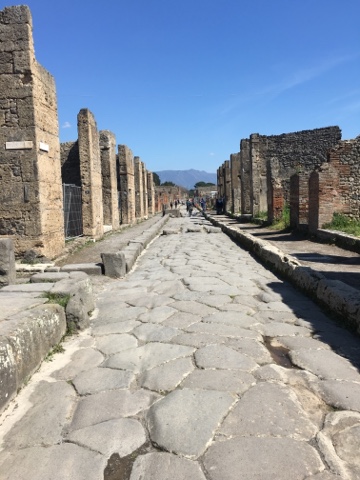