For today we had pre-booked tickets to the Uffizi Gallery, which is only a short stroll from our apartment. Our booking wasn't till 10am so we had plenty of time for a lazy breakfast here before we headed out. I was out earlier on my normal coffee run.

We were at the Uffizi for about four hours. I'm not an art connoisseur by any stretch of the imagination, however I could certainly appreciate the quality of the works on display, and the quantity of fantastic items is just overwhelmingly vast. They even had a small exhibition on Andy Warhol portraits.

Some of the things we saw included :-
I think Paul quite enjoyed giving Emma a lesson in art appreciation, and Emma enjoyed it too. There is also an window from the Uffizi that gives one of the best views over the Ponte Vecchio. We stopped for a short morning tea break at the Uffizi (where Emma had another mini pizza) before heading back to the apartment to collect Sue and grab some lunch.

We decided just to grab a couple of Panini and eat them back in the apartment and just absorb the Tuscan ambience of the apartment. Luckily my temporary Mastercard had been delivered to the apartment management office, just as they said it would, so we swung by there and picked that up. We also tried the "popper pack" wine at lunch, which for 69 euro cents wasn't too bad !

After lunch we headed out for a stroll to check out the leather market and the Ponte Vecchio. The Gelato and Ice Cream everywhere looks fantastic the way its piled up in the counter. Just like yesterday there were swarms of people everywhere and very few cars. This part of the city is very very pedestrian and cycle friendly. We also looked at a couple of tour brochures, and decided to take my own advice and book a tour for Thursday that covers Pisa, Siena and San Gimignano with out having to muck about with public transport and transfer delays. Paul and Sharon also booked in to do a four hour Tuscan cooking class on Friday, and I'm doing an electric bike tour around Florence.

Cruised around the leather markets for a while, Emma is looking for a wallet for herself and she found a backpack/handbag she liked and Nanna & Pa bought that for her. For dinner we went back to the same restaurant as last night as the food was just so good.

One thing I forgot to blog last night, is that Emma promised us she would try more foods since we were in the centre of the food universe and last night she delivered on that promise. Without any prompting she took part of a truffle of Sharon's plate and ate it. I was astounded as its one of the last things i'd expect her to want to taste, but she quite enjoyed it.

Tomorrow we have nothing particular booked, a day of wandering, shopping, photographing and exploring. I was reminded about how annoying being robbed was when we were looking a potential tours, they had a Fiat 500 driving tour around Florence, however that one was now out of my reach since I don't have a drivers license anymore. Seems I'm only partly back in adult land, I now have credit but no wheels..... and I have to wait till I'm back in Australia to sort that one out. Thank goodness we didn't actually have any car hire booked for this holiday. 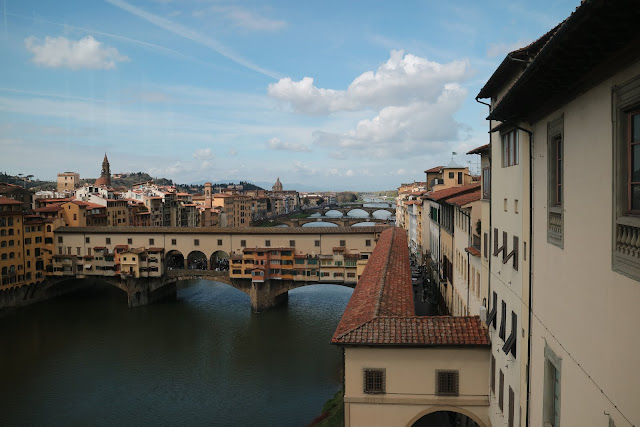 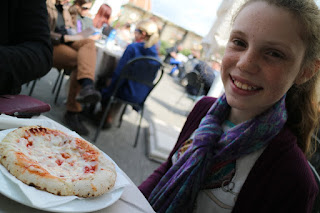 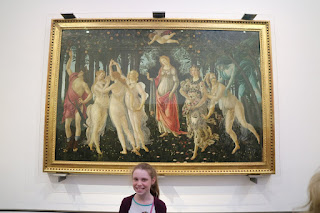 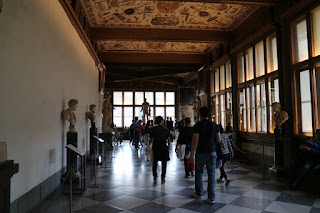 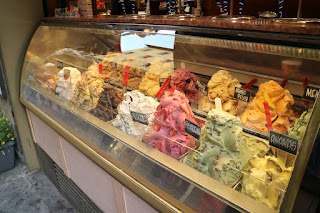 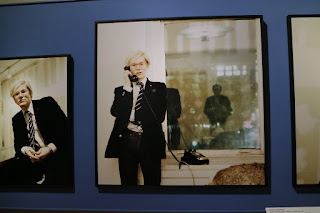 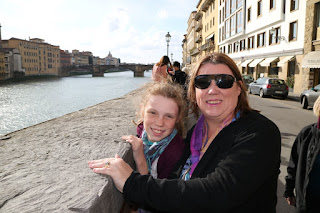 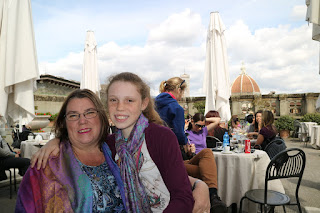 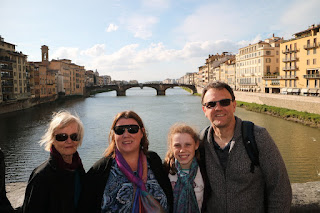 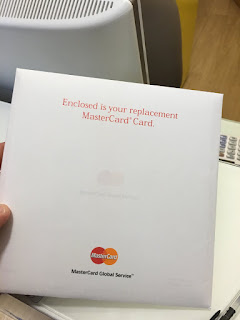 Some of the jewellery on the Ponte Vecchio 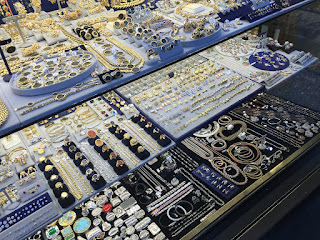 Photos from dinner tonight. Emma had the most massive lamb dish, I had a delicious asparagus risotto, sue had a chicken and potato dish. Paul had the same truffle and mushroom pasta that Sharon had last night. Sharon had a delicious ossobuco. 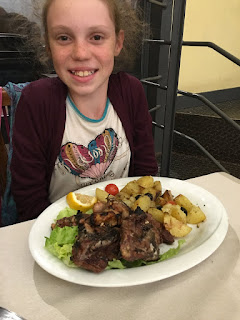 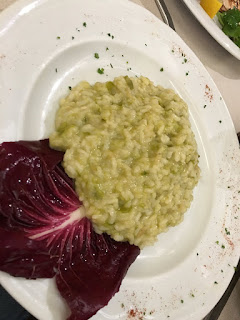 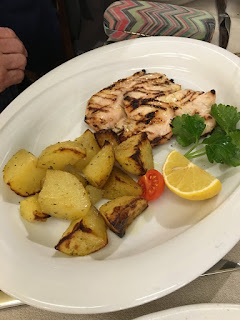 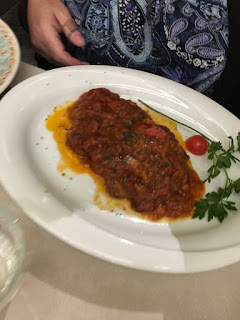