There was a automated coffee machine at breakfast (breakfast was included in our room rate) so I thought I'd give this machine ago. Unfortunately the coffee was so weak it was basically just drinking frothed warm milk, so I tipped two straight shots of espresso into it was it was then drinkable.

After breakfast week took another ride in a Tuk Tuk death machine up to the local train station, I managed to snap this pic of us in the Tuk Tuk using a traffic mirror and just after taking this he accelerated off around the corner and I nearly fell out. It would seem there are three levels of taxis here, normal taxis (i.e. a car), tuk tuks, the taxi motorcycles where you just sit on the back of a motorcycle. Won't be trying that out.

After a hot and sticky day checking out the Chatuchak markets we passed a cafe on the way back to the hotel, so stopped in for an ice coffee. Later this evening after a walk back from the station after dinner I finished the night with a cold canned coffee I'd bought yesterday. 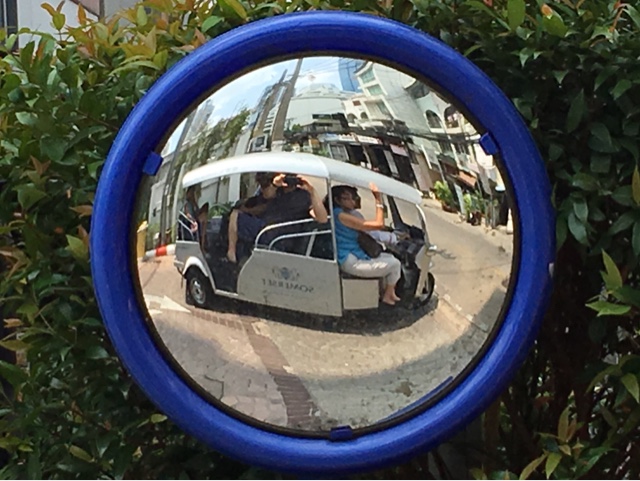 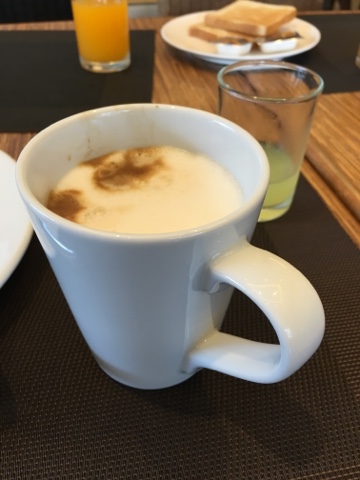 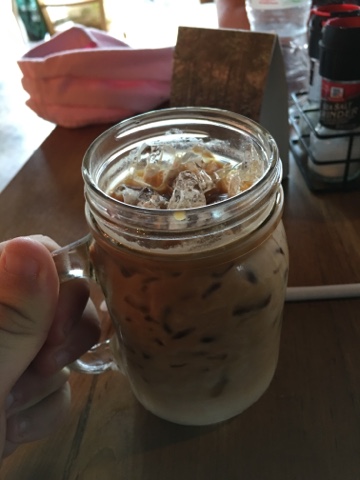 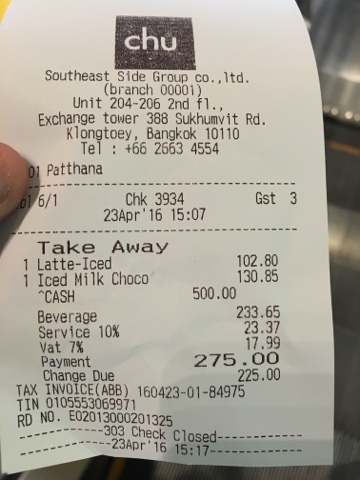 Cold coffee in a can at night. 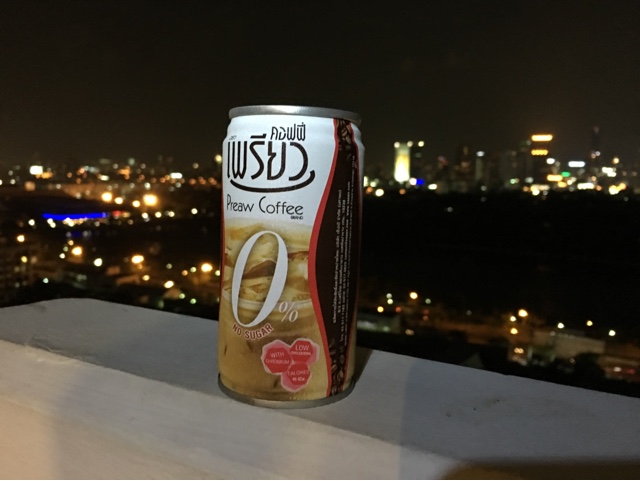 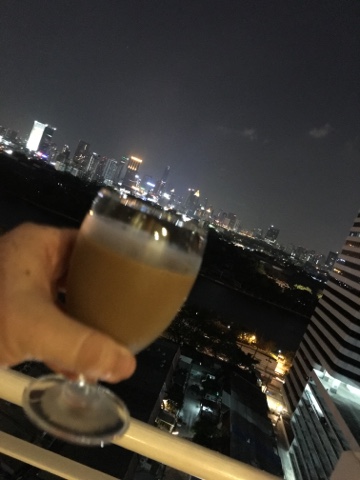