Today was our last day in Europe and all of it was spent leaving Europe with a short stop in Finland. We woke up before 7 to get ready and depart the Hilton at Rome airport. The Hilton has a shuttle, which is great as I didn't fancy pushing all our luggage back to the terminal, even on a cart, as it was slightly up hill the entire way. The Hilton at the airport was quite nice, really comfortable beds, great shower and of course didn't have to travel into Rome just for one nights sleep.

Oh and I forgot to mention one thing from yesterday that happened when we arrived... Since we are back in Rome the SCAM-O-METER was back in full operation, and sure enough a dodgy looking guy came up to me the second I walked out of customs asking me if I wanted a "taxi". FFS Italy, you need to crack down on this shit. It would seem the UK have it under control, I felt a stack load safer there overall than in Italy.

Finnair is only a small airline in global terms and only has a very very small check in desk at the airport in Rome. It took us a while to find it. Checkin was supposed to start at 8am, but nothing happened till 8.30 am, even though there were staff there just chatting away to each other. After finally checking in, we eventually found the lounge that Finnair utilise in Rome (Avia Partners), and its a sorry excuse for a lounge, it was small with few chairs and not much food selection (and the coffee was horrible)

We had about €17 in coins still left, which are pretty useless once you leave as no one will convert them, so Sharon and Emma went out on a mission to spend them. Emma found some more Italian Twisties that she likes, so she got those. The remaining euro coins were spent in Helsinki getting a keyring. With all the security checked were I've had to take my belt on and off, it finally broke, so just like my shoes, it got dumped in Italy. I should have got one in Florence whilst I was there...

We board the plane, a A321. the BA flight was also a A321, however BA have a much nicer layout and also have an entertainment system and power sockets, where as Finnair don't. We were in economy in BA, but business in Finnair. Whilst BA provide nice seats for business, Finnair just have a seperate section and don't put anyone in the middle seat. On this flight business was mostly empty and I had an entire row to myself. There were about 13 people in business on this flight, and 9 of them were Australians. The food service was excellent and it was a great flight to Finland. I think the pilot is also better than the BA one, yesterday we had the roughest landing ever, there were things flying all over the cabin, someones rechargeable battery pack from a row or two behind ended up hitting my foot.

Europe of course has a much more congested airspace than Australia (pretty much every where does compared to Australia) and looking out the window you could see lots of other jets whizzing by in the distance, one or two others very few minutes. It was such a nice day with minimal cloud cover so we saw the mountains of central Italy, the islands and coast off Croatia, the farmland and small towns of Hungary and Poland before crossing the water again and seeing the coast of Finland. What was noticeable was the really tall skinny trees, the many hundreds of lakes, really colourful houses and the fact that all the snow we saw four weeks ago was now gone. Although it was still only 5c outside.

The airport at Helsinki is quite small and there was no room at the terminal, so the plane parked on the tarmac and we caught a bus into the airport. We had to go though departure control, then found the airport lounge. Its it a very very nice lounge, but unfortunately we were only in it for about 30 minutes before our flight left.

Thanks to the wonders of modern satellite internet, I'm now sitting comfortably in this A350 updating this blog post about the trip today. We are now somewhere over Russia (queue the in soviet Russia internet meme jokes), about 19:45 Paris/Rome time and have just finished dinner. Still quite lively onboard, most people watching movies or chatting. Its pitch dark outside and can't see anything at all.

We have 2 nights (almost 3 complete days) in Thailand before our return to Oz early Monday morning. 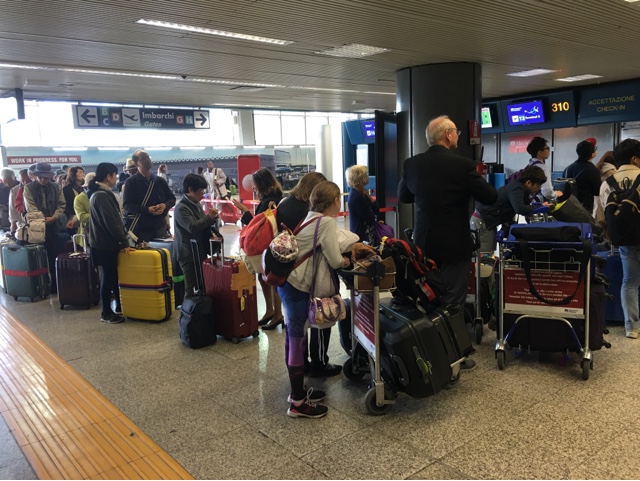 The "lounge". It was really small 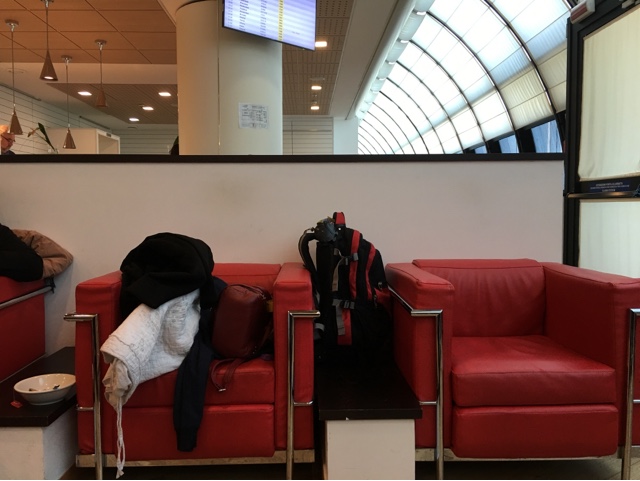 The small food selection in the "lounge" 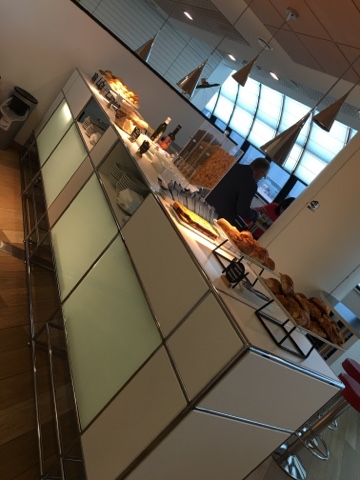 My favourite belt finally died. Like my favourite runners, its staying in Europe. 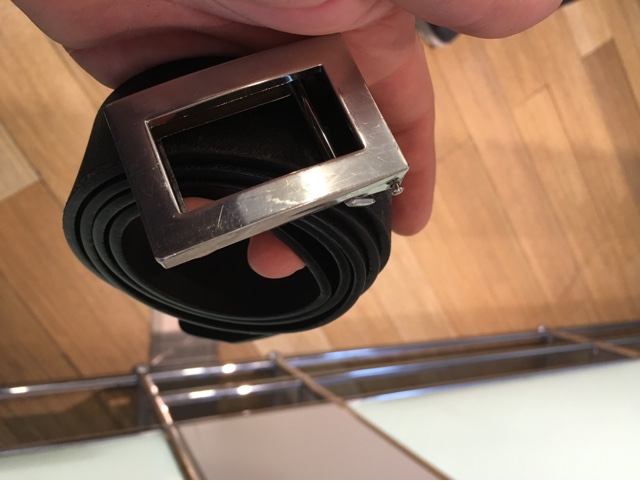 Twisties in a cup ! 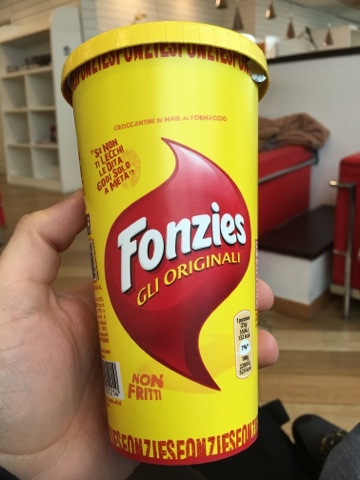 Row to myself on the flight from Rome to Helsinki. 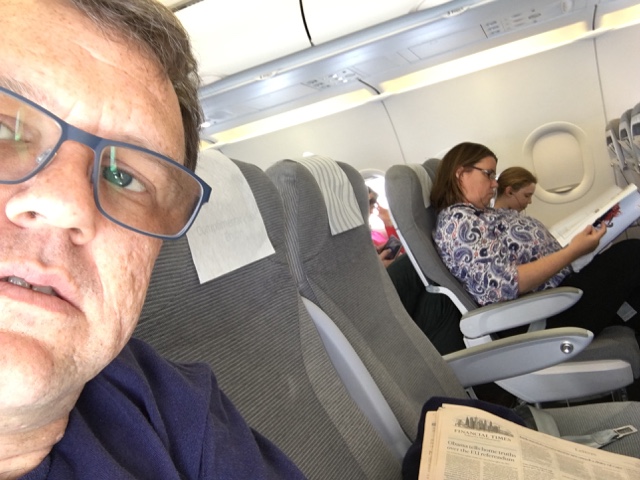 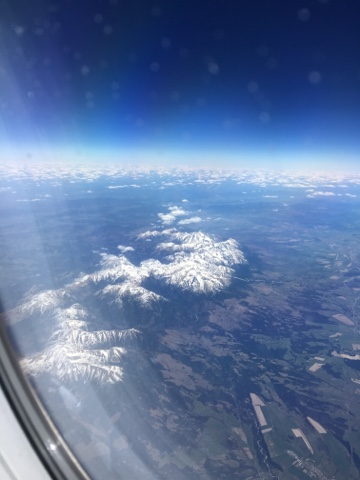 Crossing over the sea to Finland 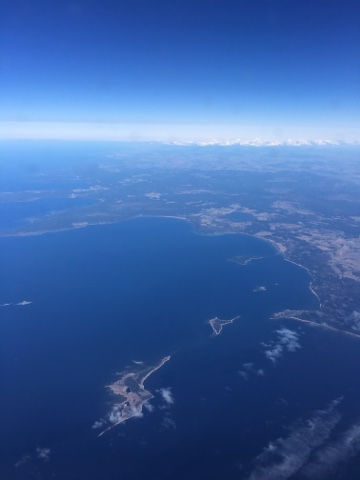 On the bus into the airport terminal. 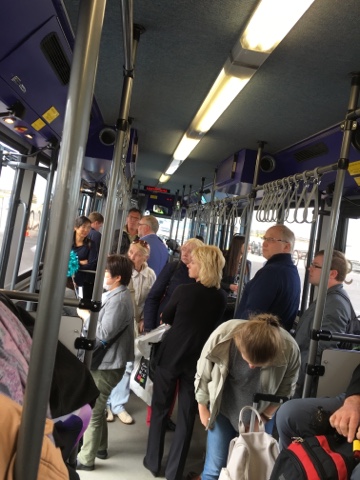 The excellent Finnair Lounge in Helsinki. 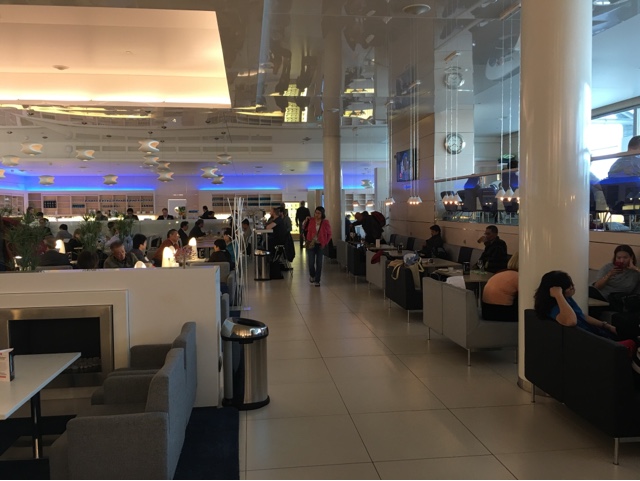 They have help yourself beer on tap. 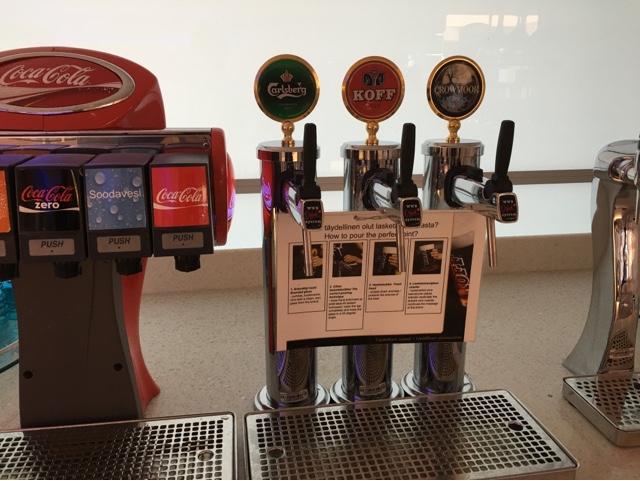 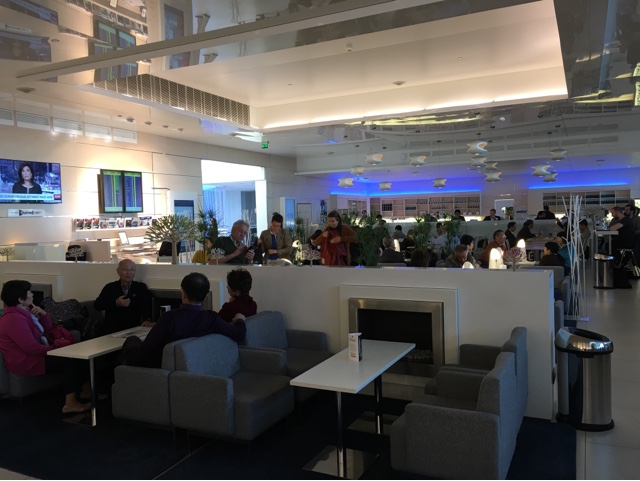 On the flight to Bangkok 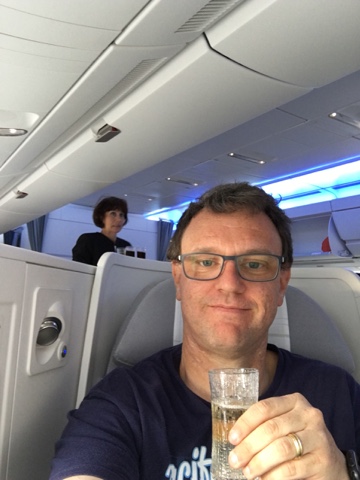 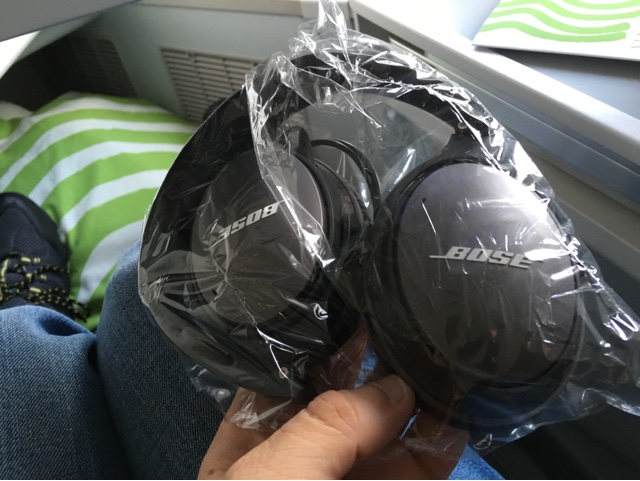 And we are in the air. 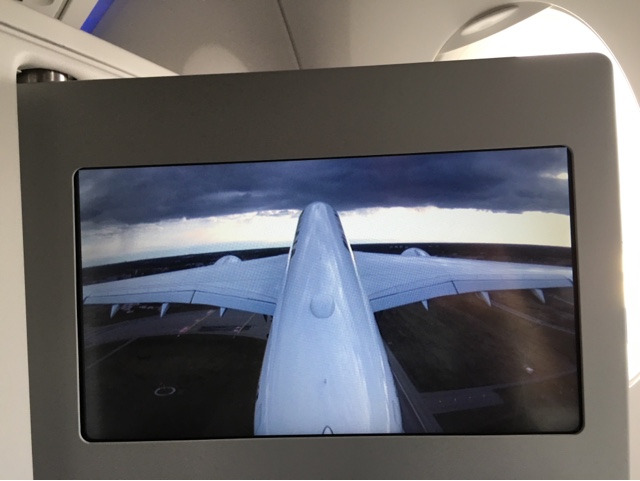