London Calling, Come out of the lift, you boys and girls. - Day 22

We were off to a great start in London after arriving by Eurostar. (More details in the todays coffee report). London was bright, sunny and surprisingly warm, actually much warmer than the Paris we had just left. As an added bonus wasn't bothered by any beggars etc upon arriving and there was a heavy Police presence all over the station. Found our way to the taxi ranks and got straight into a "Black Cab" for a ride to Shoreditch, the ride cost 15pounds, and I was surprised how much luggage they can fit into the cab, had no issue with the multitude of bags we are carrying. The London cabbie and was happy to tell us plenty of stuff about London whilst at the same time also throwing in some cutting barbs about the French, Germans, Italians and continental Europe in general.

We got to the apartment, the manager was already there and showed us around. Great spacious apartment in modern high rise in trendy Shoreditch. Its a bit like Newtown in Sydney. We headed out to pick up some supplies, there is a supermarket right under us in the building. On the way back we all got in the lift and at the second floor (we are on the 8th) it stopped suddenly and wouldn't budge, no buttons worked, we were stuck.

We pushed the emergency button and a few minutes later the service centre came on the speaker and we explained our situation and she called an technician to come rescue us. The bad news was that he was at least an hour away, and it was starting to get really warm in the lift with the five of us there. She also mentioned not to try and force open the lift. After about 30 minutes, I decided on a whim to start jumping up and down on the faint hope it might actually reset something. Emma wasn't too happy about the idea, but it actually worked, all of a sudden the lift woke up and moved a fraction so that it was actually lined up with a floor, the doors opened and we got out. We heard from other tenants that it had been playing up all week.

We had planned to wander again and find a nice curry house, but after that we just decided on thai takeaway from the place downstairs. It was very very nice Thai, but the selections were small compared to Thai at home. It also cost about twice what you would pay in Sydney (57 pounds) and essentially we got about half as much food as you would at home. Whilst we were waiting for it to be cooked Sharon and I went for a bit of a wander around the streets around us. 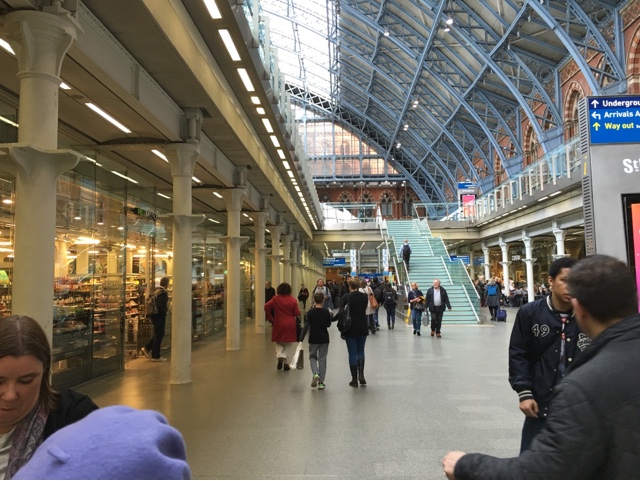 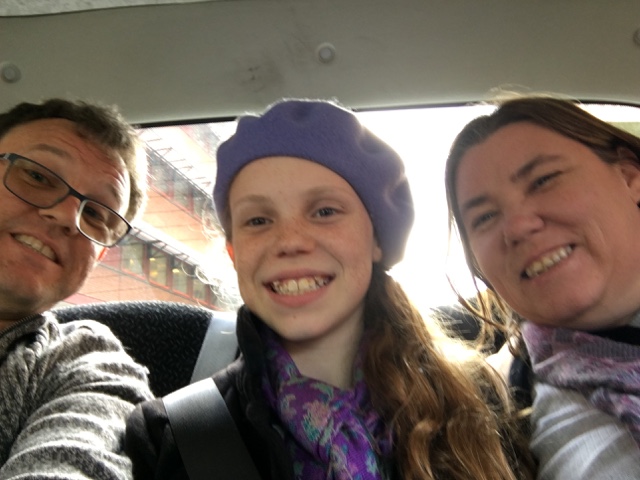 With all our stuff 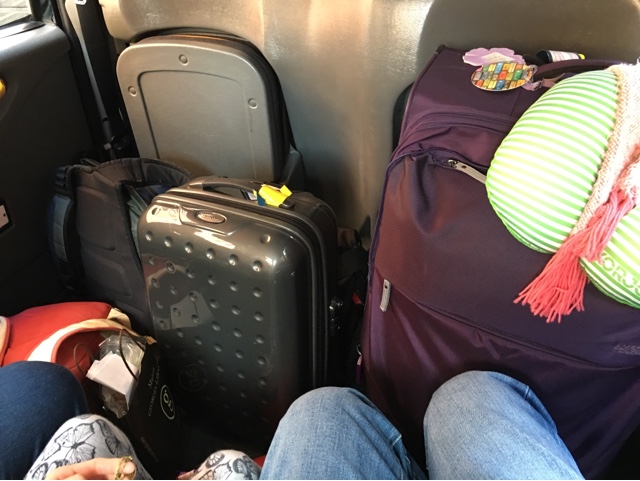 Building our apartment is in. 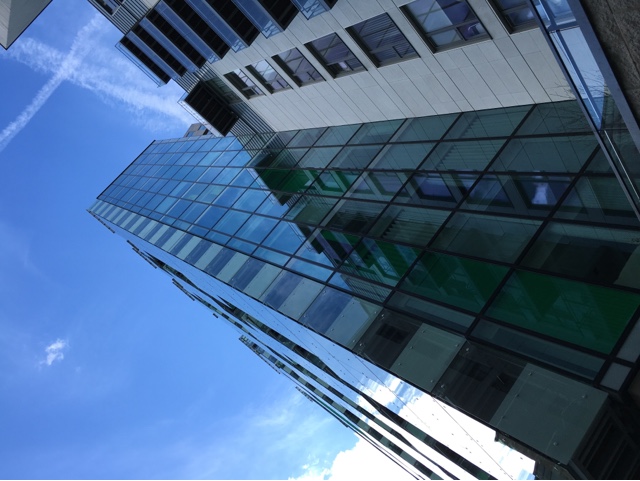 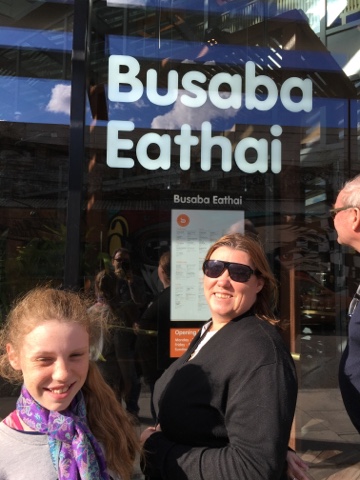 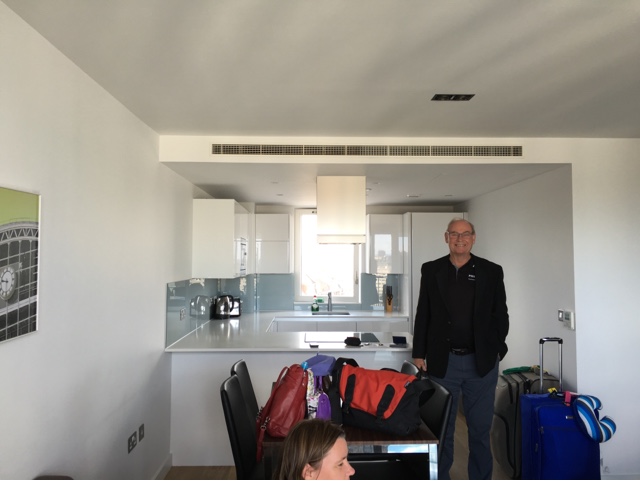 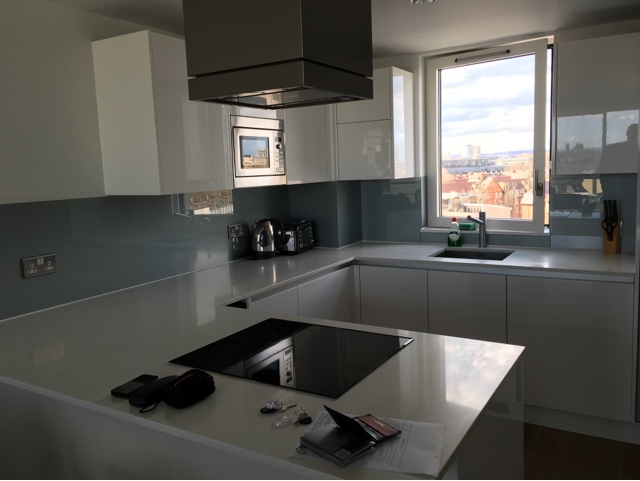 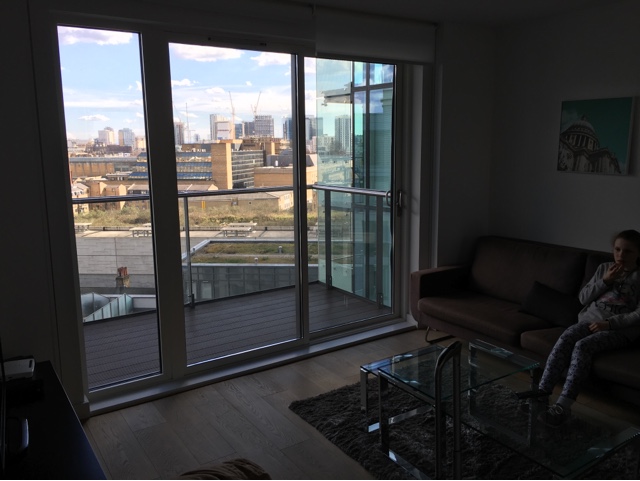 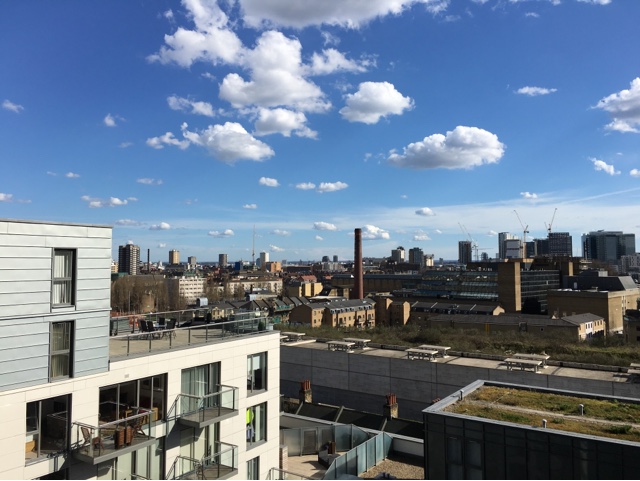 Are you sure this is London ? 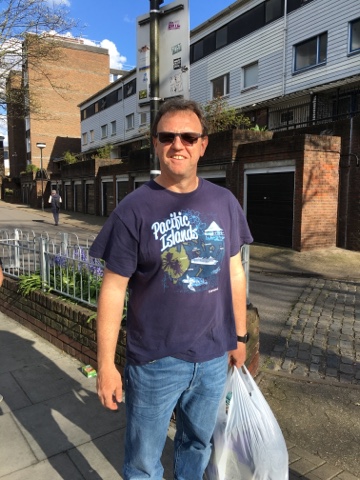 Must be, no one drinks this rubbish at home. 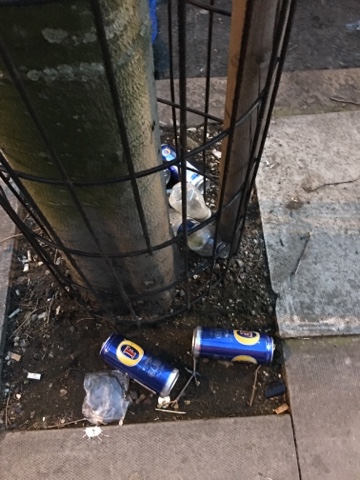 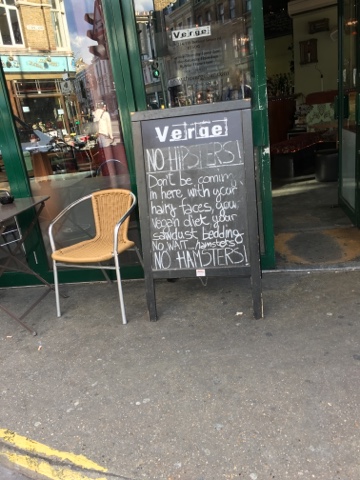 Stuck in the lift. About as funny as a fart as an elevator. 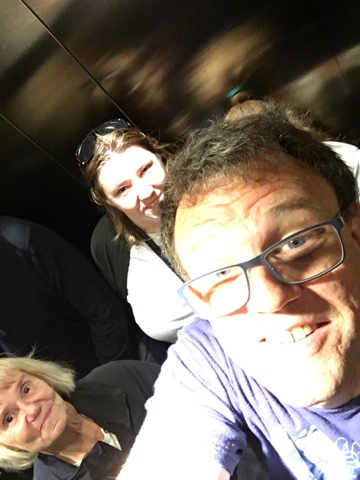 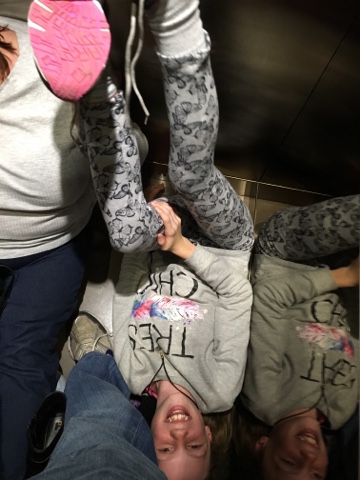 Shops made out of containers. (Would this make the area docker?) 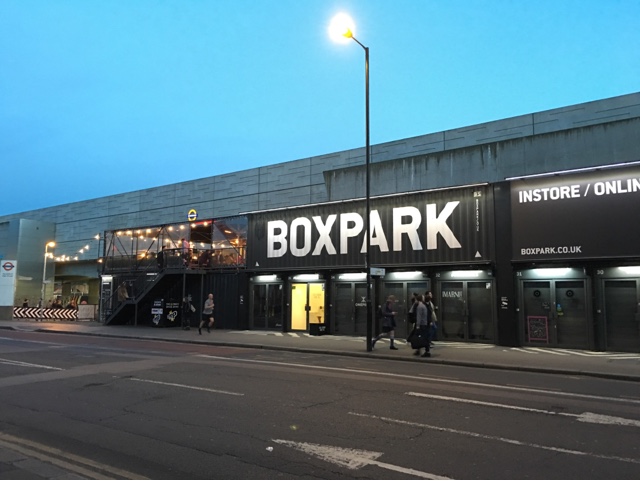 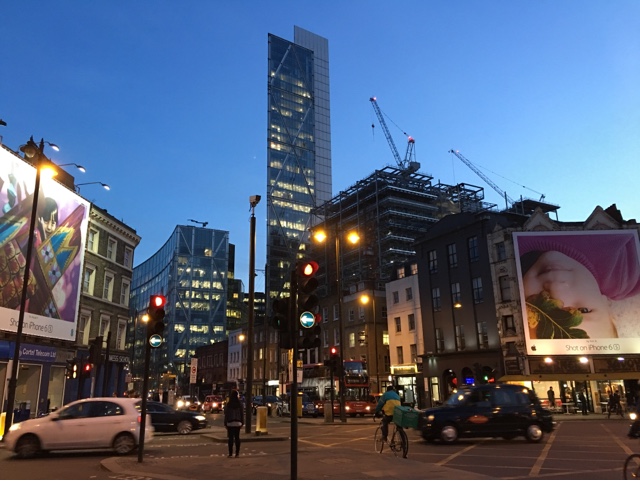 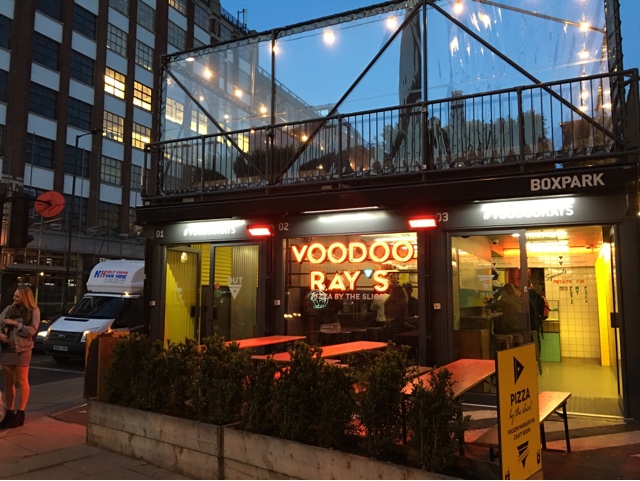 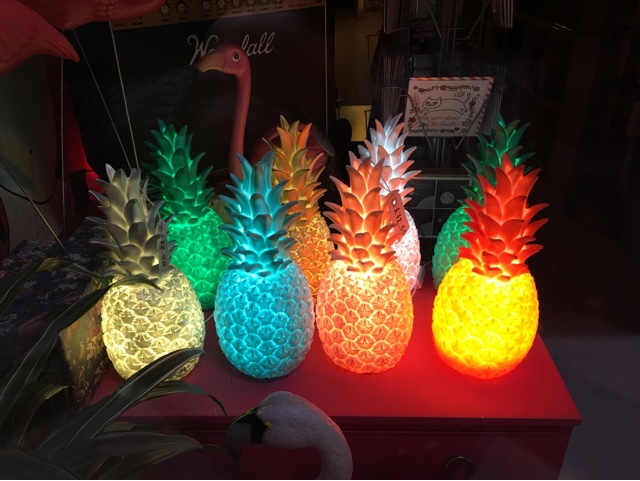 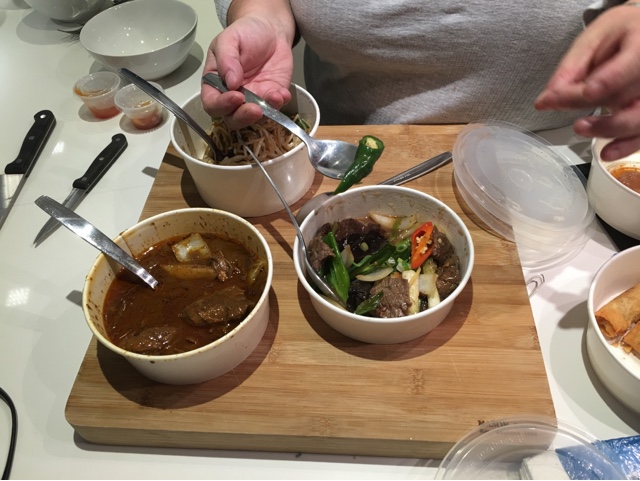 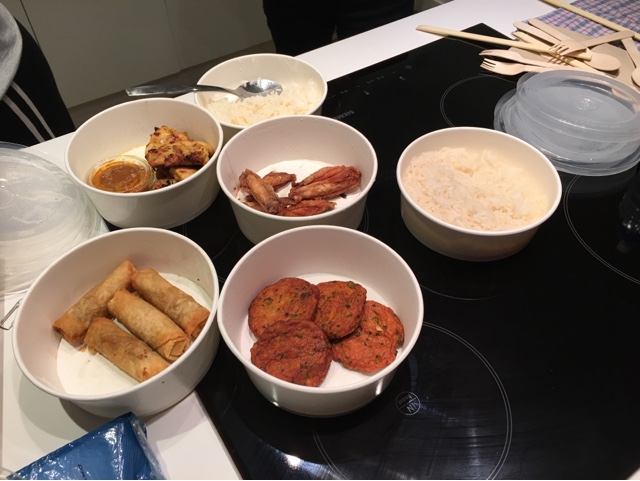 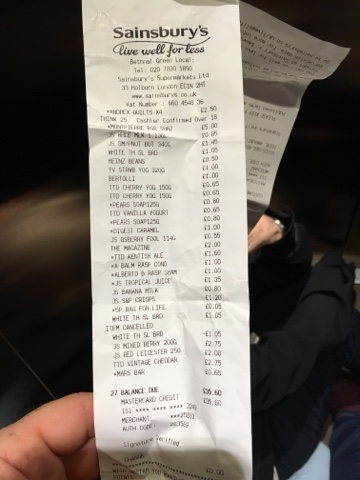