Welcome to Venice!, Today will be a slightly more visual coffee report, it will be wound up with the pictures.

I was awake at 7am, woken by the light streaming in the apartment, as we forgot to close the actual shutters. 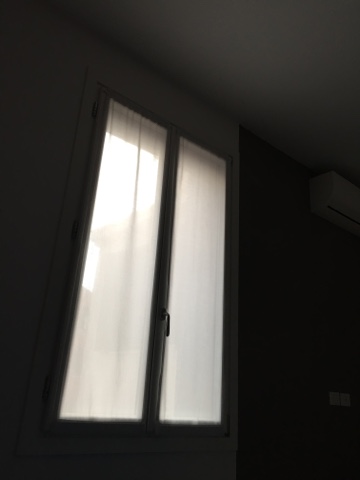 Out the font door and down into the courtyard, then out into the street. The are almost no sounds except the pigeons. No traffic makes a massive impact on your senses. Its clear we are near the ocean, as there is also a slight salty ocean smell to the air. 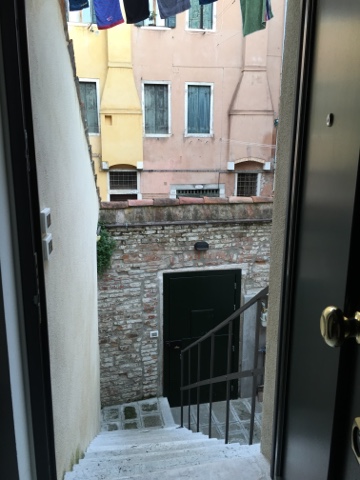 Looking back on the apartment. 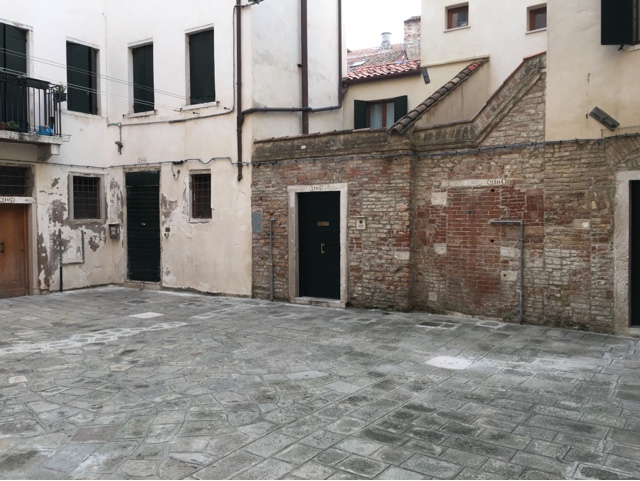 This is not good. The two cafes I found close last night are both closed. 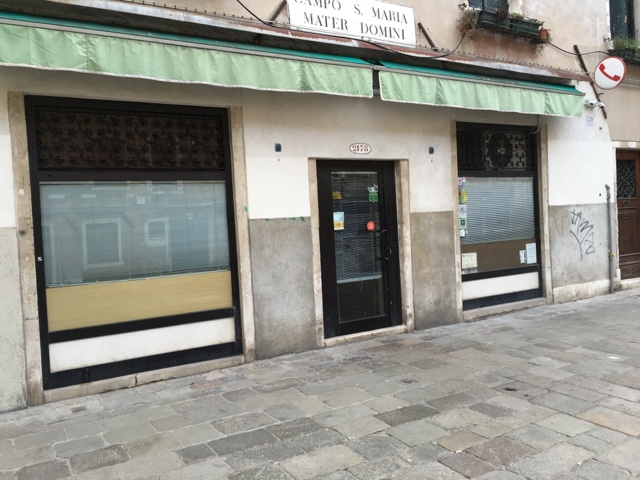 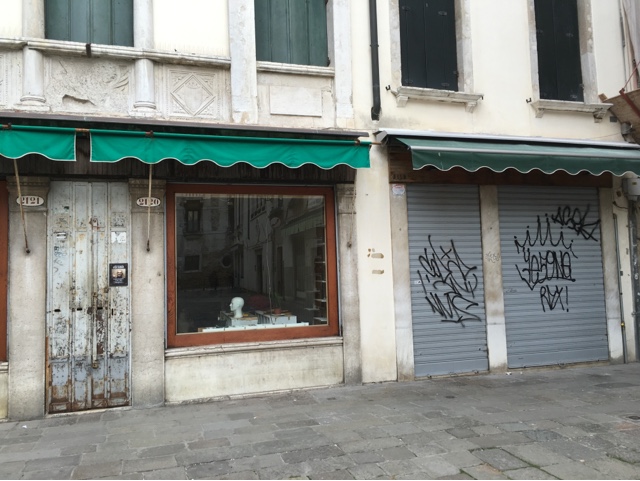 So I wander a bit further, at first towards San Stae to have a look and maybe find a cafe. 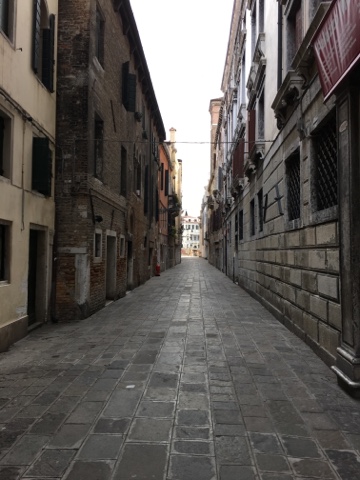 No Cafe this way but a nice view down the canal. 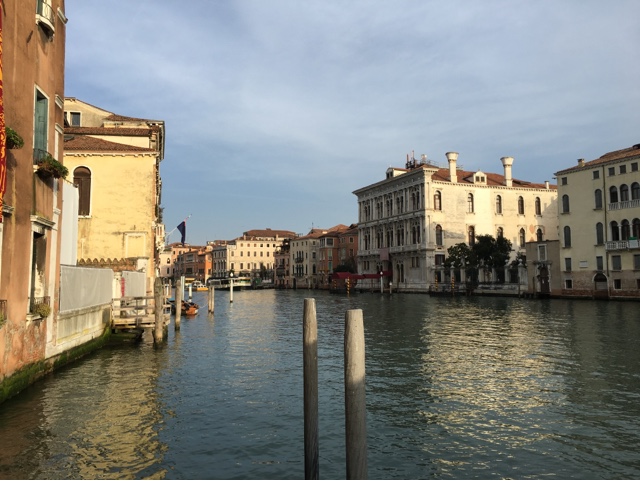 and a not so nice view on the return... 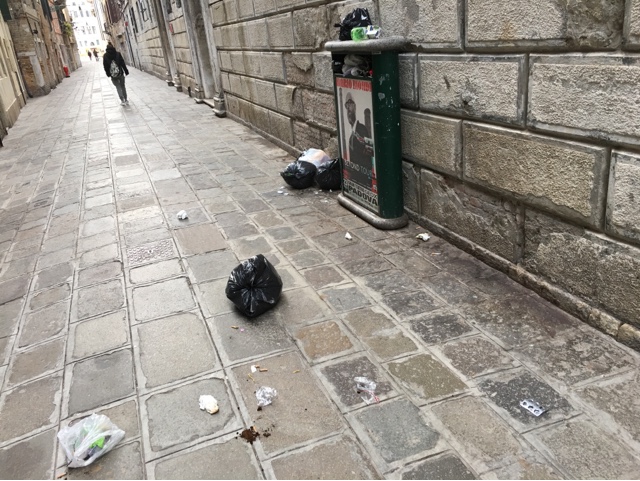 I try to avoid being shat on. Unfortunately Emma copped one last night, only hit her shoe thankfully. 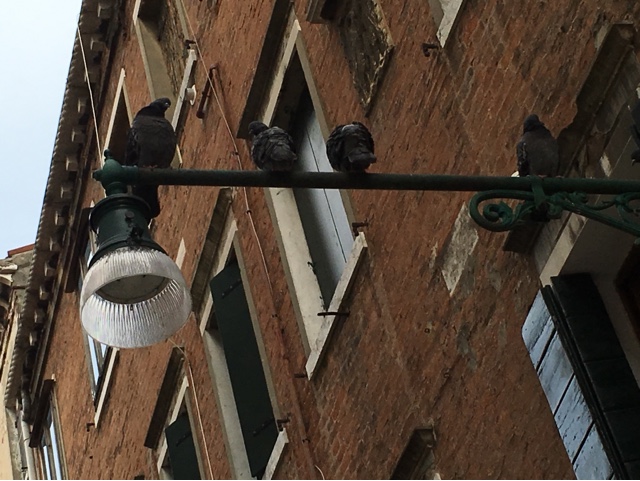 Over one of the many small canals 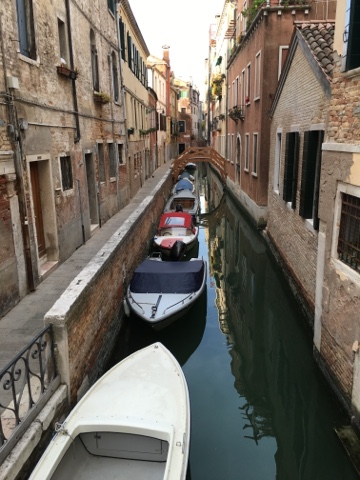 Its now 8am and its becoming clear that Venice and I are going to have what Facebook would term an "It's Complicated" relationship. I'm really hoping a find some coffee soon. 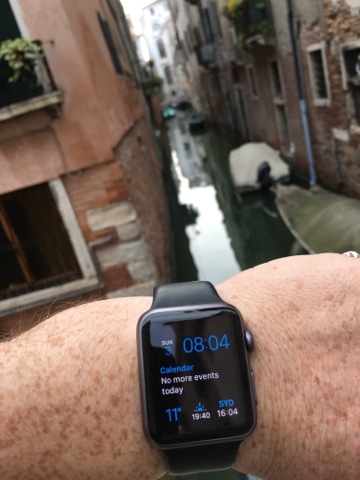 The water is very still at this time with no boat traffic moving along. I can pick up some nice reflections in the water, and a slight wiff of a poo smell emanating from it. To fully experience Venice you need to see it, hear it and smell it... 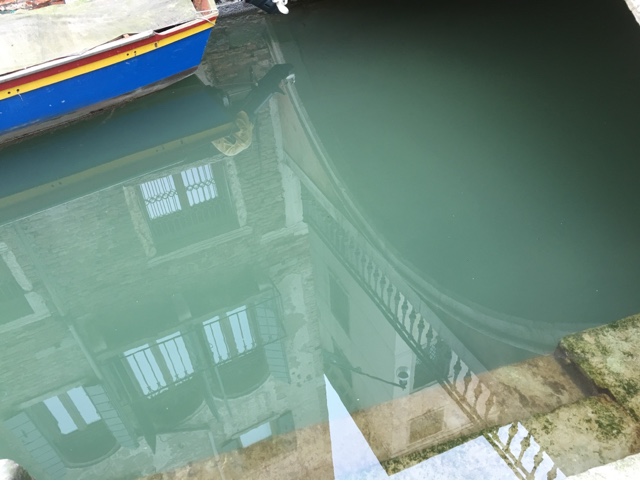 Victory, I've found a cafe, not all that far when heading in the opposite direction. I'm the only customer at this time, so I'm not in there very long as they make the coffee. 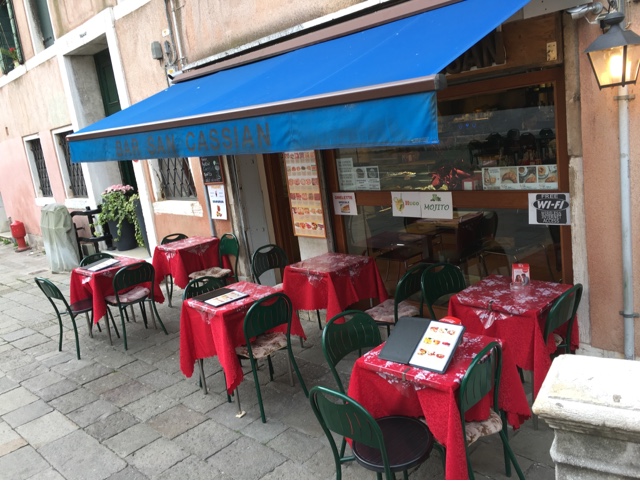 Head back to the apartment. Its no substitute for the nook but will have to do. Its also sloped slightly, so the fact its not level really mirrors Venice. 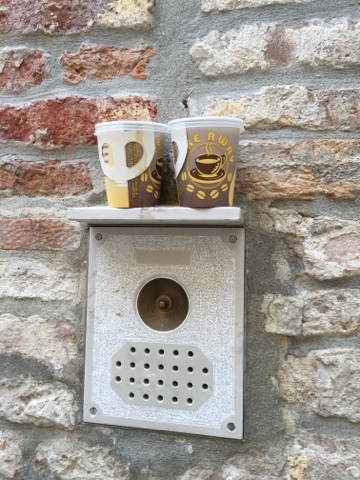 Inside our courtyard I notice the tap. I collected taps as a kid (odd, yes. but there are worse vices) and I still have some tap spotting tendencies so the beauty really stuck out. 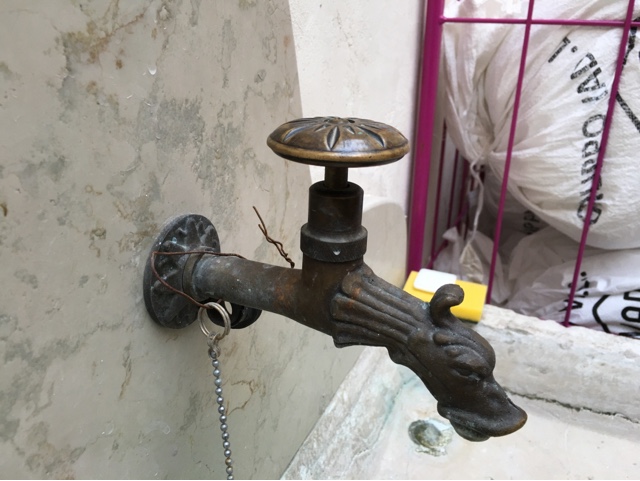 The actual coffee, nice and hits the spot, a little cooler than I really like. Not quite on par with the coffee in Florence. 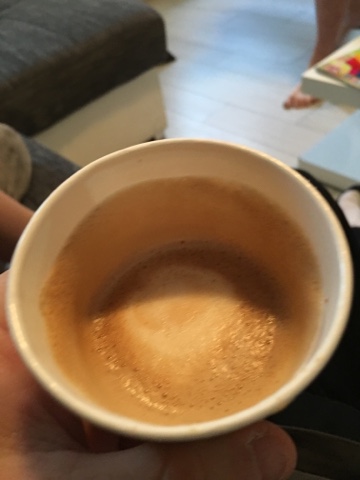 I've avoided it for two weeks, but I need the hit today. Are there any Australian's that don't travel with some of the good stuff ? It really confused customs in Finland, it spent some time going in and out of the explosives detector. 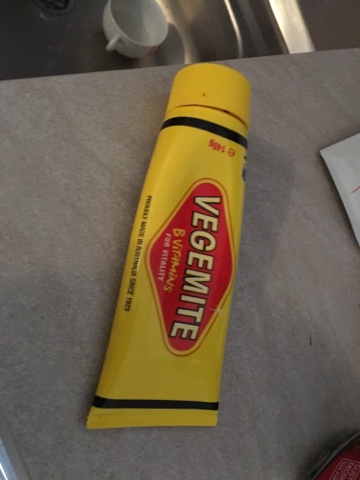 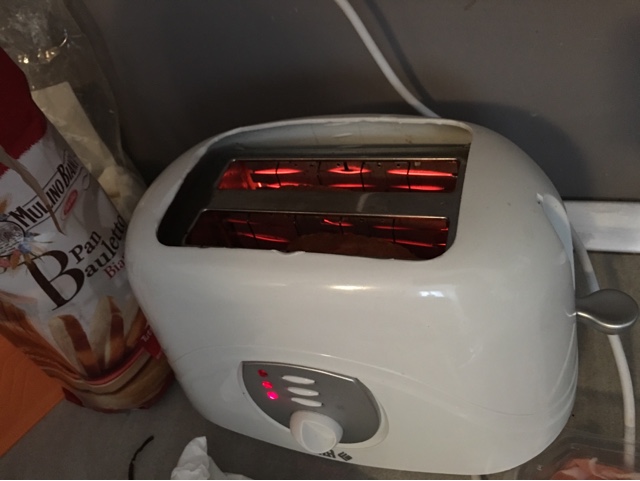 Emma was video chatting with Jess at the time the toast was cooking. And what sort of biscuit was Michael eating at the time ? A Venetian.... 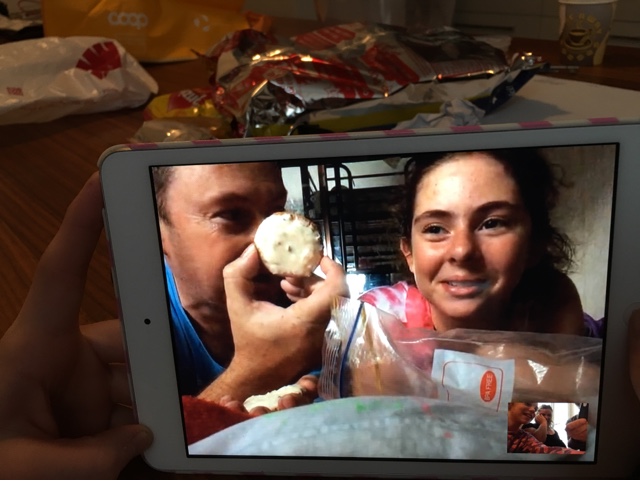 Emma showing Jess the view from the window. 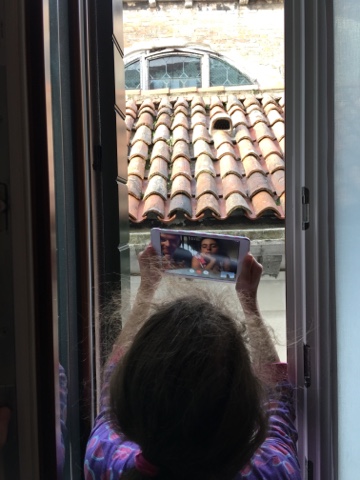