Up early to spend the day at Versailles, a place where the history of France and the world pivoted with the creation of the first French Republic after the revolution. Its quite arguable that the palace itself was one of the causes of the revolution, as when you wander the palace plus the gardens and take in the breathtaking size of the place and its sheer opulence it does cross your mind "no wonder they had their heads chopped off".

Interestingly enough, that brings up another point I've noticed about Paris. Given the central part of the Guillotine in French history, I haven't seen one single gaudy souvenir dedicated to it.

Getting to the palace was relatively easy, though did involve three seperate trains. Our first from Anvers to Place de Clichy station, then one to Invalides. From here we changed from the Paris metro to the Paris RER system and got a train out to Versailles Chateau-Rive Gauche station. Here is an excellent guide on how to do it. Don't just get any train to a "versailles" station, there are a few in Paris, most no where near the palace. It would seem every train line in Paris has a different sort of train on them.

We didn't see much of the gardens or fountains unfortunately as it was the wettest day we have had, and hovering around 10c didn't make walking in the rain any more pleasant. The Paris weather MO seems to be really nice in the morning, rain in the afternoon, nice in the late evening again.

For dinner Sue and Emma ate in the apartment, Paul, Sharon and I went to a local place around the corner, we all had beef bourguignon, Paul also had a dish of Escargot 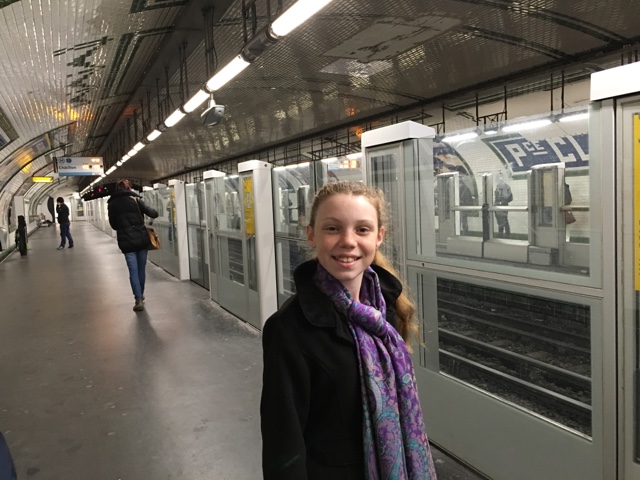 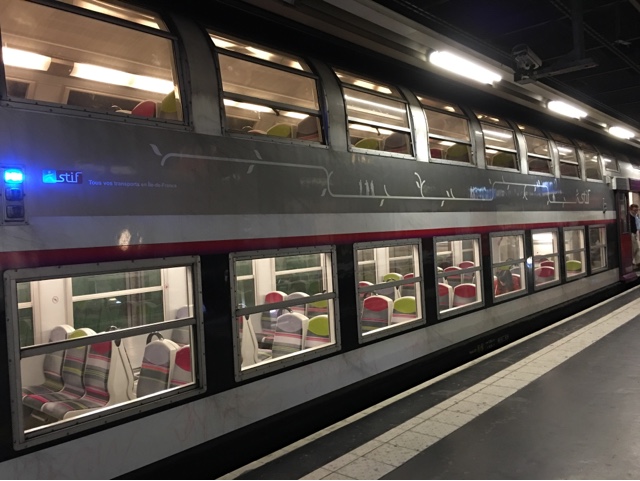 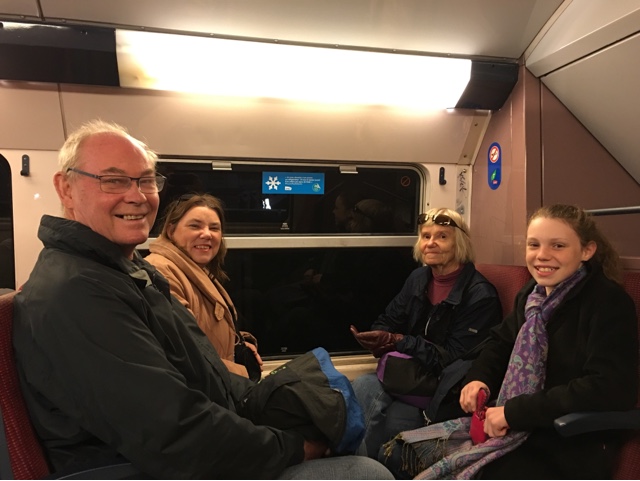 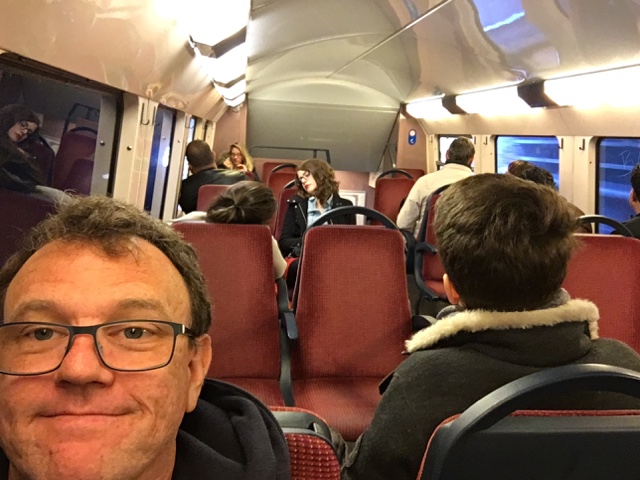 Gypsy Musician trying to extract money from passengers.
Reminded me of this Larson cartoon 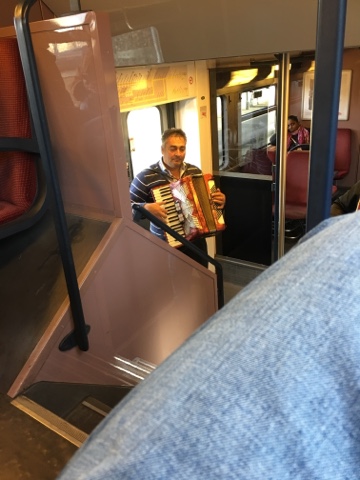 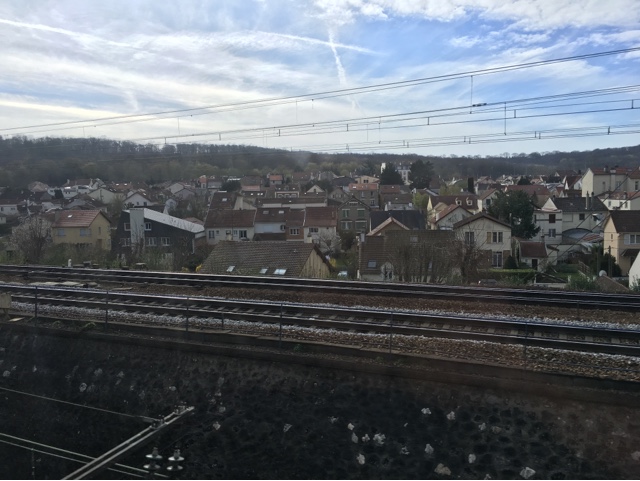 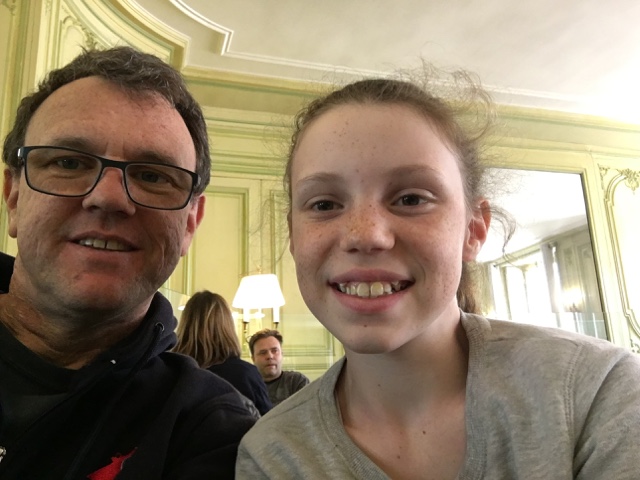 On the train around the palace gardens 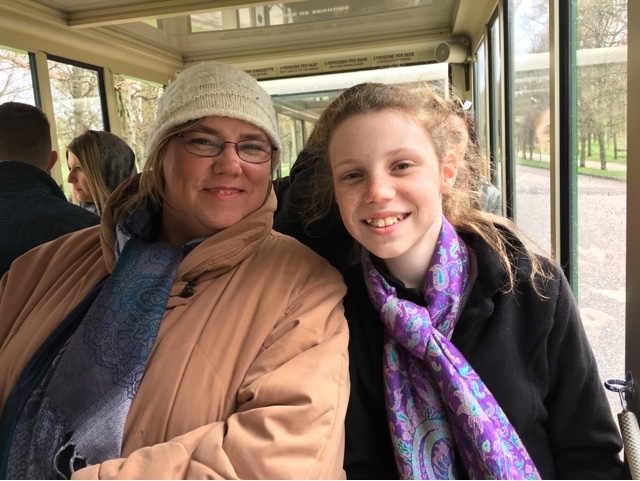 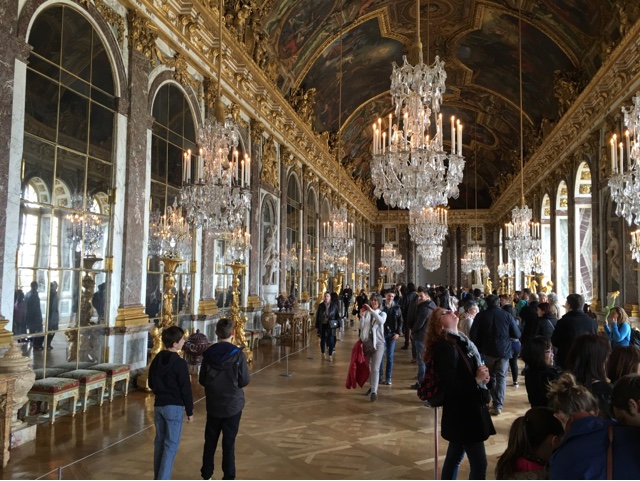 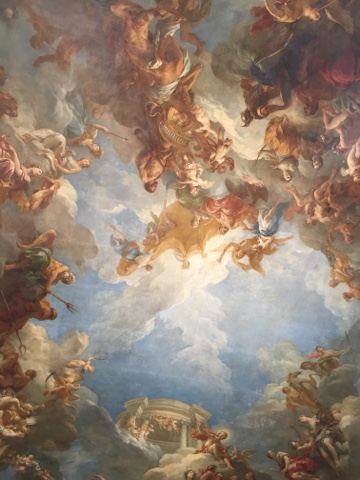 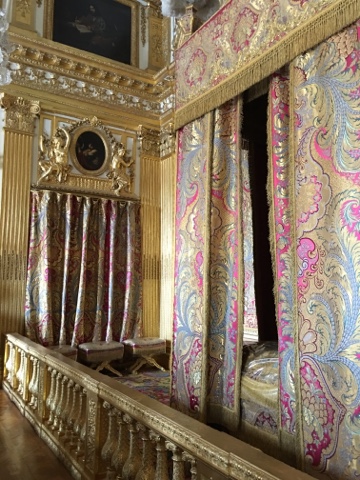 Room in one of the smaller houses around the palace 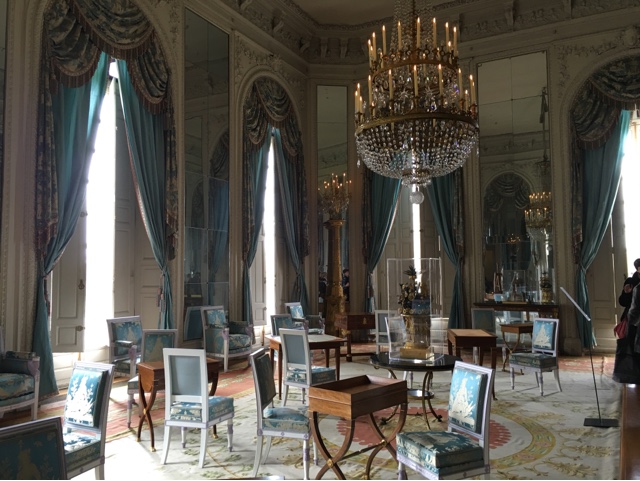 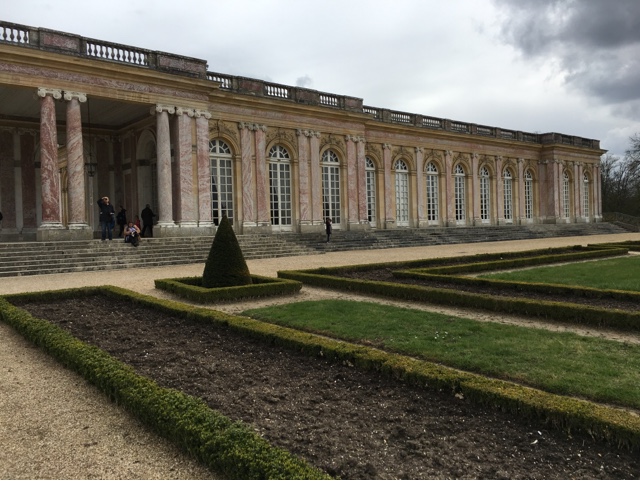 Paul had snails for dinner. I'll admit I gag just thinking about eating them. 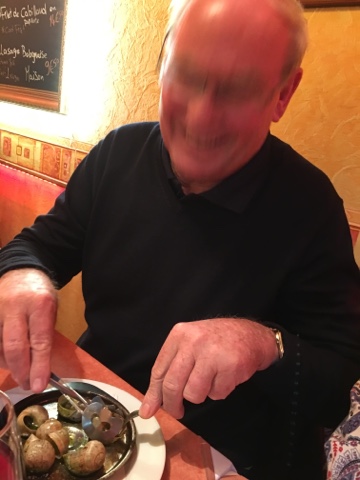 Sharon having a Kir Royale with dinner. 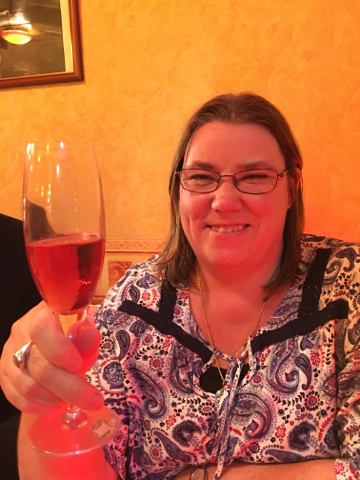 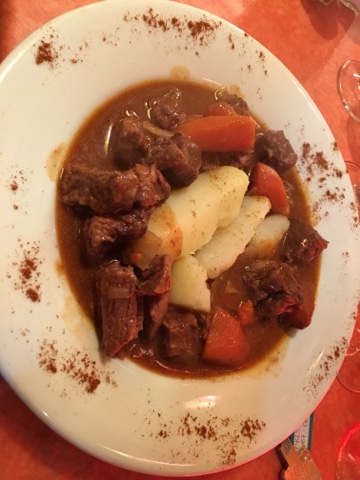 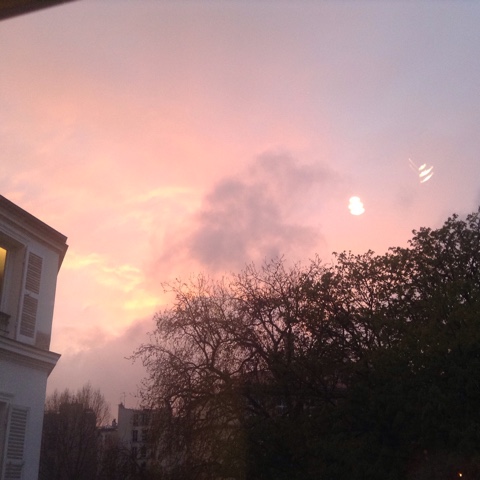