Yesterday was our flight home, and just like the coffee report I'd planned to complete this on the plane, but lack of internet on the Emirates flight home put pains to that.

We slept in a bit today as our flight isn't until 7.50pm and we have a 1pm checkout, so no worries at all about time. We got up and had the included breakfast at about 9.30am. Seemed everyone in the hotel had the same idea as we had to wait a few minutes for the table. After brekkie we came back up to pack, which was pretty easy as we hadn't really unpacked much since we were only in Thailand for 2 days and we had bought an extra case to cater for any new additions and spread the load a little better on what we had (I was really struggling with the amount of stuff that had overflowed into hand luggage)

Once done we checked out, put our luggage in storage and headed back towards the MBK centre for a look around and a coffee. Sharon and Emma bought a few last minute things and we had a coffee at Starbucks. I'd been trying to avoid the place, but they had spare seats. It didn't seem we were out all that long and it was 2pm and time to head back. When we got to "Asok" station we called the hotel to to send the Tuk Tuk death machine to pick us up. Whilst waiting for that we saw that a taxi had hit a fruit dink vendor and knocked all his stuff onto the road. Thankfully he didn't seem to be hurt but his fruit was not looking good. The western passenger in the taxi was giving him some cash to compensate for his lost earnings for the day. Not sure what the protocol would be in this situation but it was the decent thing to do.

At about 2.45 the transport Emirates had sent to pick us up arrived, a nice large Merc saloon and a van for the luggage. Sue and I travelled in the van (still comfortable with leather seats) to the airport. Being Sunday afternoon, the traffic was low and we were at the airport in about 30 minutes. Emirates had their check in open early, so we got to spend about 4 hrs in the lounge. Very nice with lots of food and drink options, plus we all had showers before getting on the flight. The lounge was pretty much empty when we arrived but was filling quickly by 6pm.

We still had about 1,000 Baht left over (about $35), so Sharon, Emma and Sue went out on a mission to spend it, a mission they accomplished quite easily ! The flight was called early at 7pm, and by the time we made it to the gate they were starting to make last calls. The plane was nice (its business class, so they are pretty much all nice), heaps of legroom, big screens etc. I was quite disappointed the internet service was down, and also my power socket wasn't working, so web surfing or personal device use was out of the question. There were also issues with the inflight system, it rebooted on me a few times overnight. I really thought Finnair was nicer overall, better service on the flight, better food and inflight entertainment/internet that worked. I didn't even try to sleep on the flight, just watched a couple of movies.

Got into Sydney, though customs quickly and the Emirates cars were waiting to take us home. They will allocate one car per person, but thats total overkill, so we had the minimum they would allow, which was 3 cars! Once home we started unpacking and soon became obvious why we needed two extra suitcases.

On the flight, cheers ! 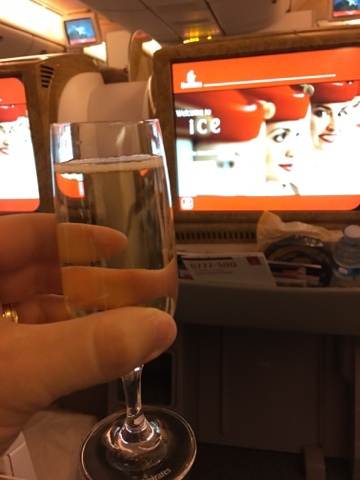 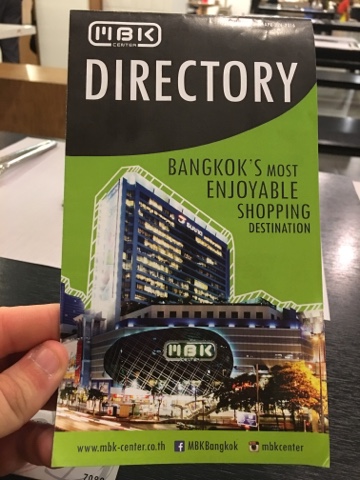 Emma finally having Starbucks, she has wanted to try it for ages 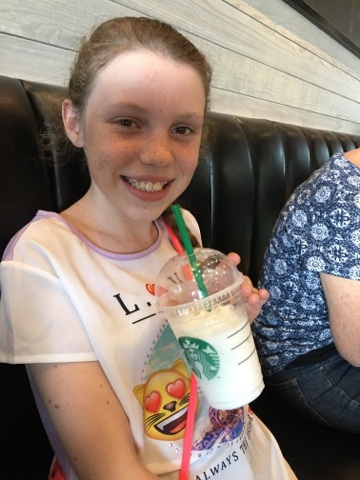 Emma with some of her last minute purchases as MBK 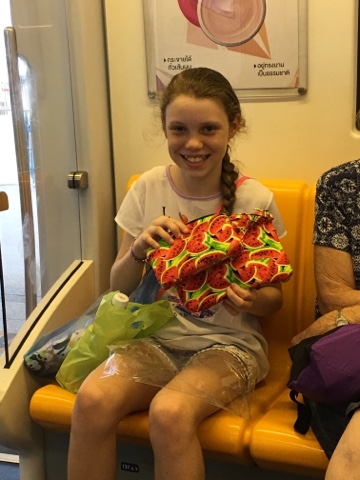 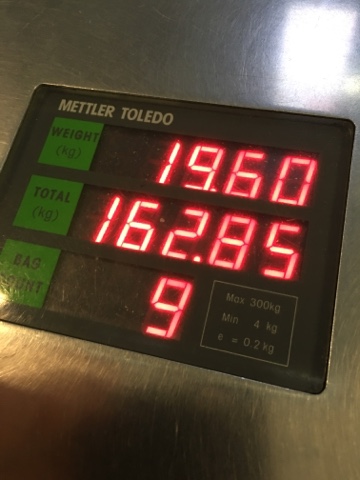 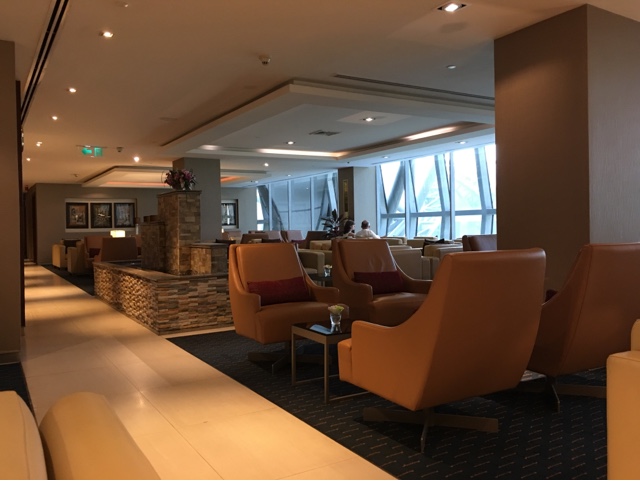 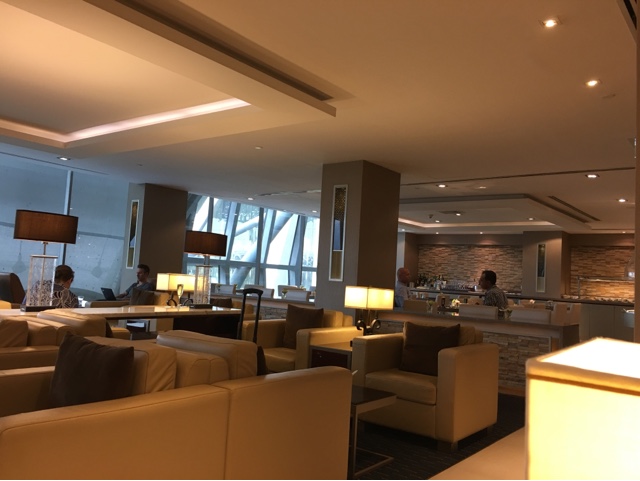 Sampling one of the brews at the lounge 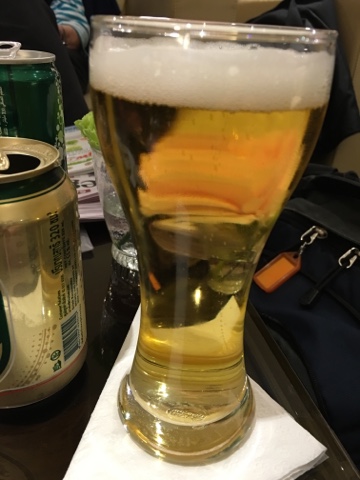 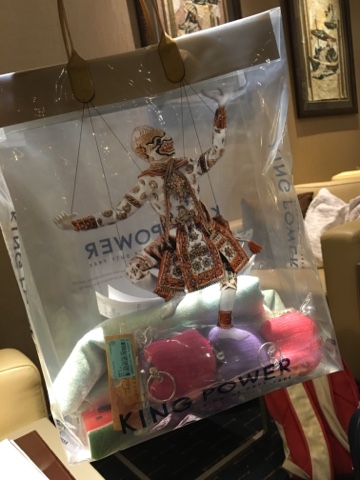 Bangkok airport, looking for the lounge 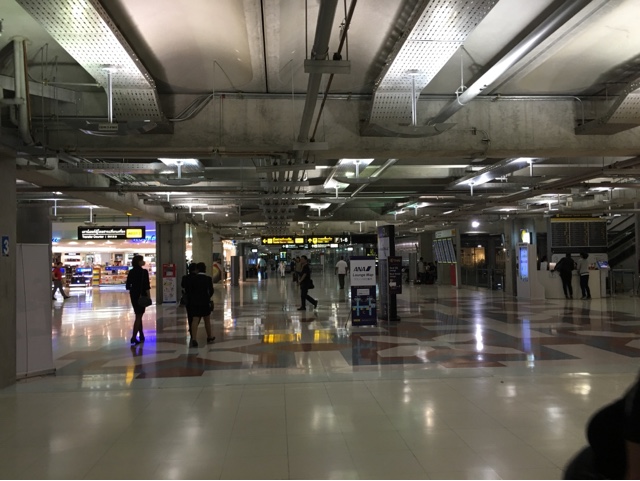 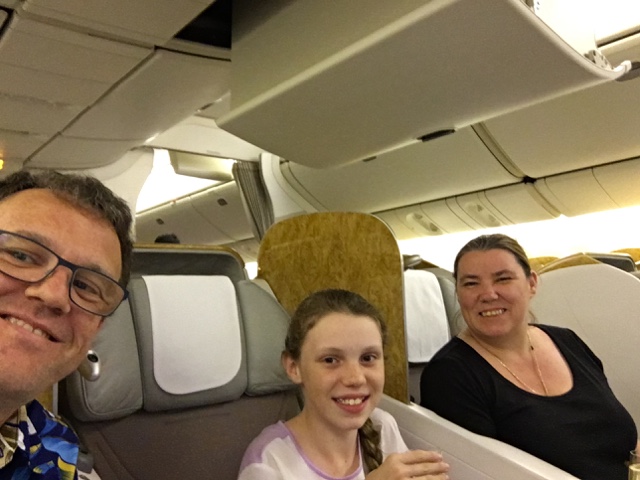 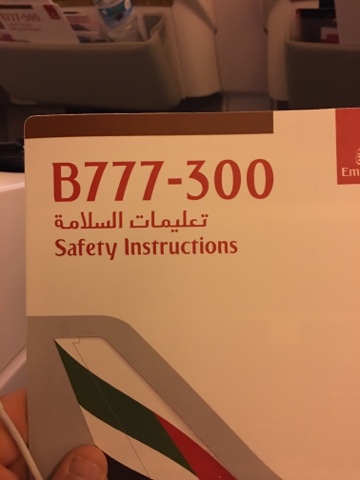 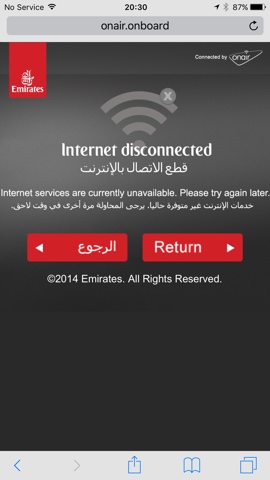 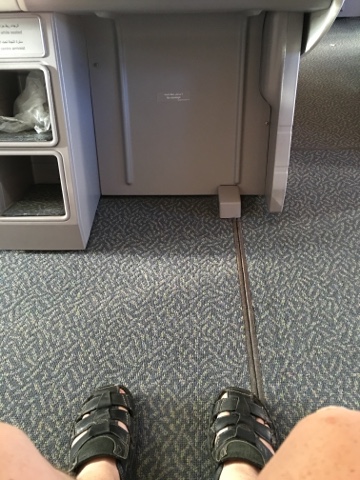 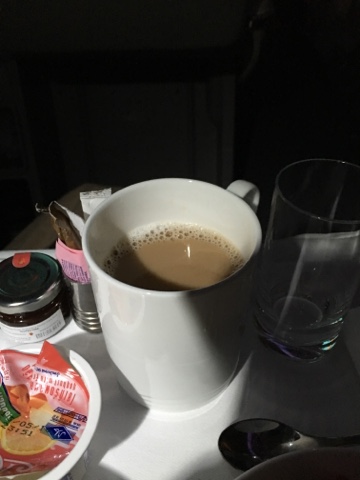 One of the reboots. 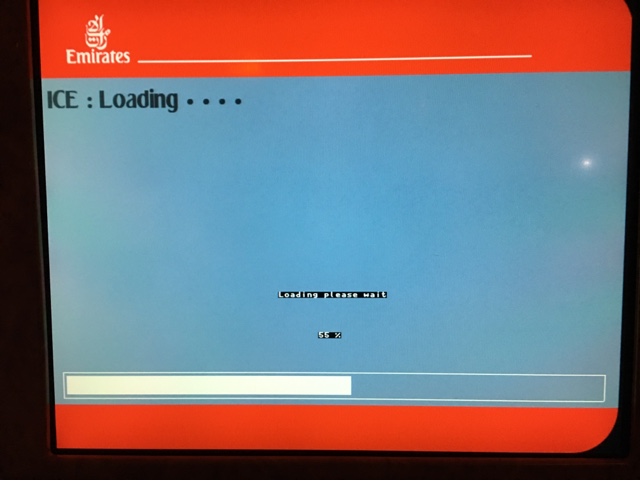 OMG, we brought home a lot of stuff 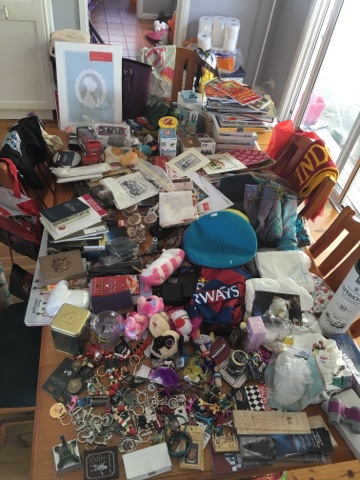 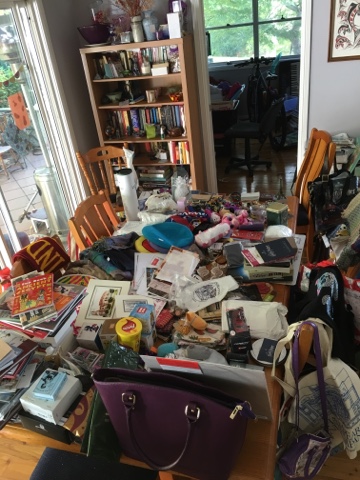 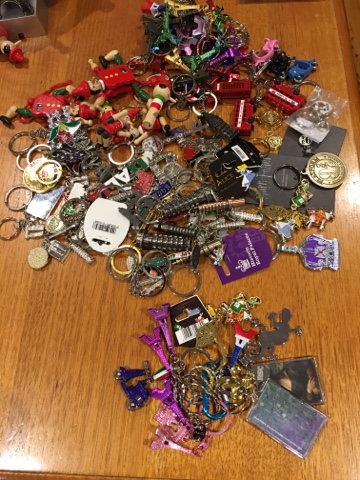 Was the cat happy to see us ? Meh. 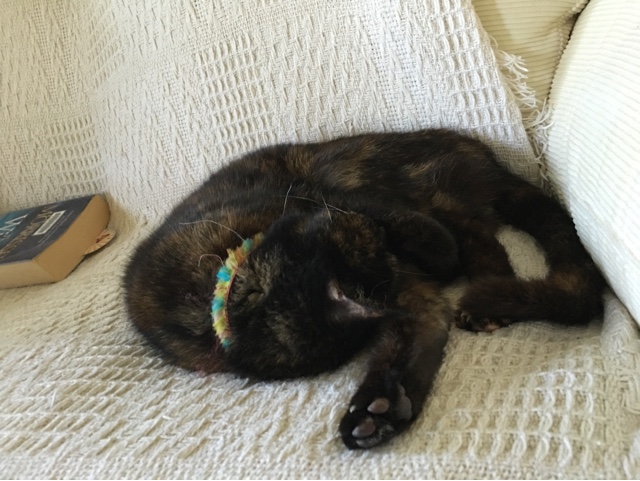