Most of out day today was taken up at the Louvre, and to be honest it could take up weeks if you wanted to see absolutely everything in detail. We had heard that the best entrance to avoid the queues was the Porte des Lions entrance, however for what ever reason, its closed on Fridays so we had to use the main pyramid entry.

We had prepaid tickets that allowed entry via the "fast line" for 30 minutes on either side of 10am. We got there at 10.15, so were well within the time frame, but need not have worried as the massive lines you hear about just were not there. We entered the pyramid in seconds, and even the normal entry was only a few minutes wait. Once we got inside, we headed for the cloak room, which is fantastic, huge room with security coded lockers that are free. We then got our audio guides, which are on a Nintendo DS, and it tracks where you are in the museum for easy access to the guide sections. I've given the French a bit of a ribbing today on the whole surrender meme in my coffee report (which honestly amused me all day, don't think I've ever said the word so many times), but they really have sorted the Louvre out, its a fabulous museum and fantastically managed.

We concentrated on Greek and Roman antiquities, the Napoleon III apartments and the impressionist paintings with a tiny splash of the Egyptian artefacts, and of course a visit to the Mona Lisa. We also had coffee and cake in Cafe Angelina, which whilst not cheap were delicious and was one of the best coffees I've had in Paris.

On exiting the Louvre we discovered an Apple store, where I surrendered my credit card and bought more stuff plus a Maille mustard boutique where we sampled a few items. We then did the long walk up the Champs-Elysees toward the Arc de Triomphe, where along the way we discovered another Disney Store. After viewing this, we got the metro from Charles de Gaulle to Anvers station. There we stopped and got some groceries to cook a meal in the apartment.

Yes, we are in the Louvre ! 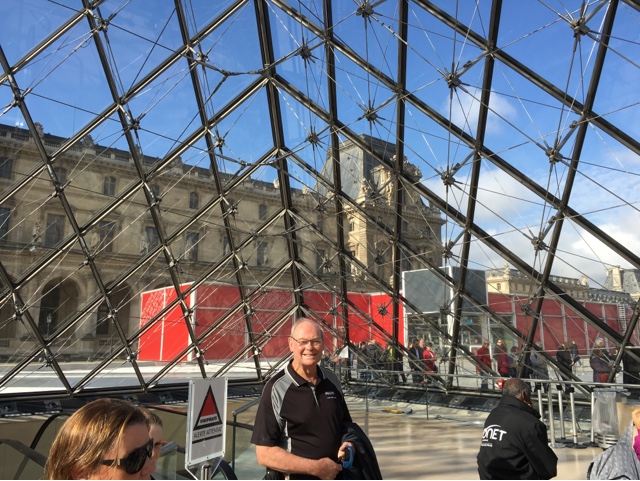 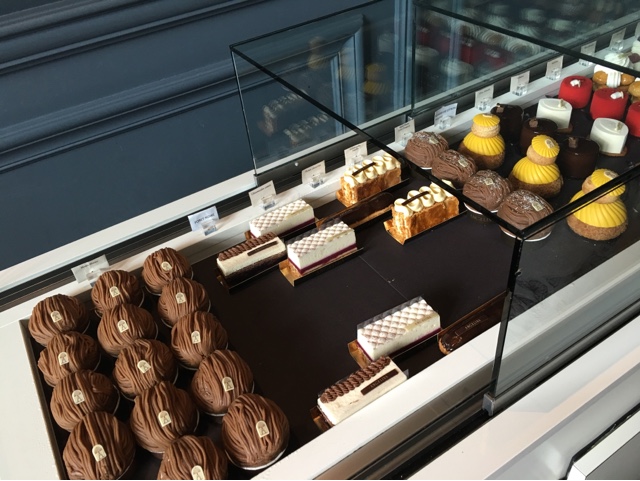 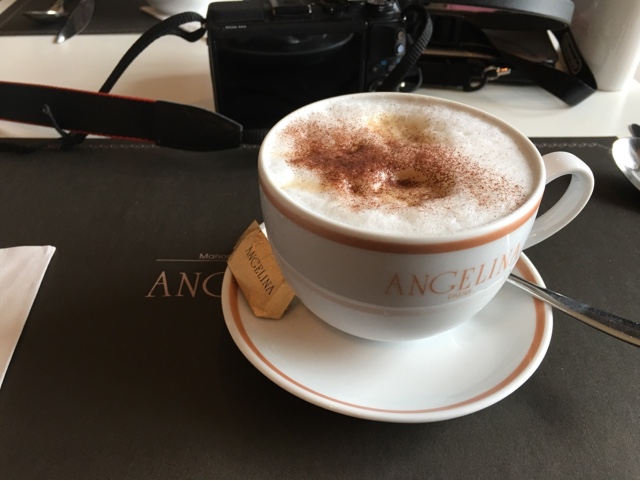 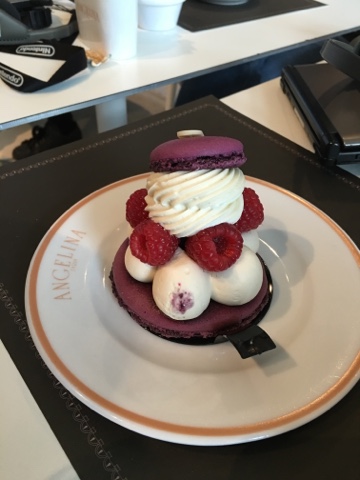 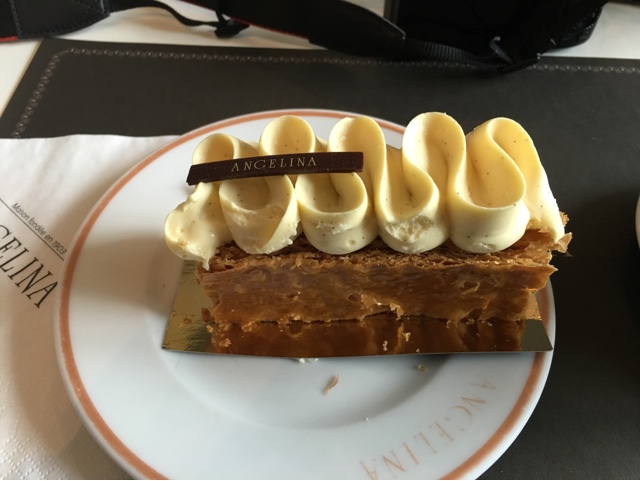 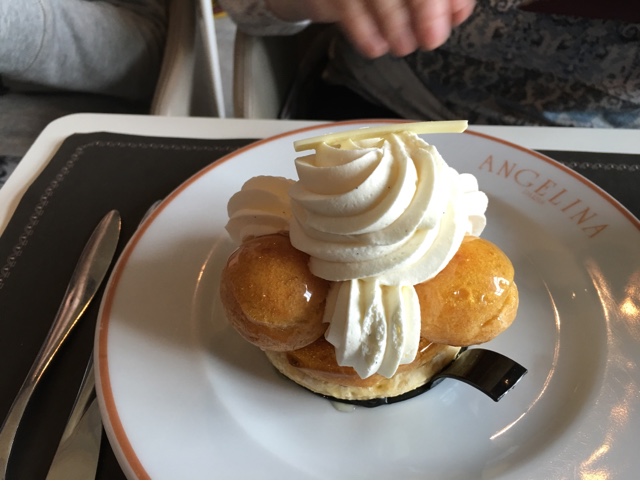 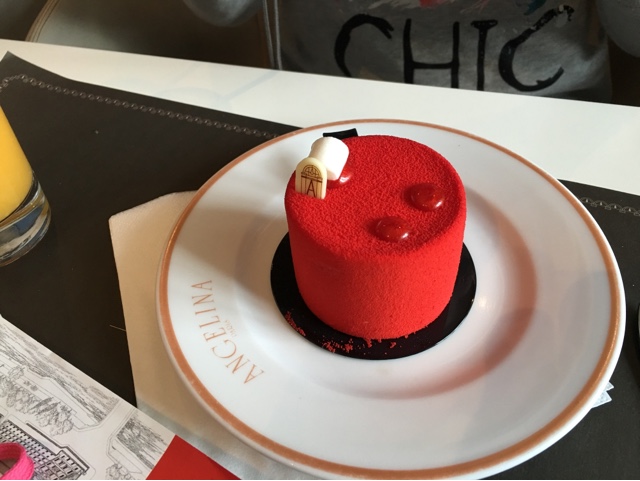 The fantastic lockers in the Louvre 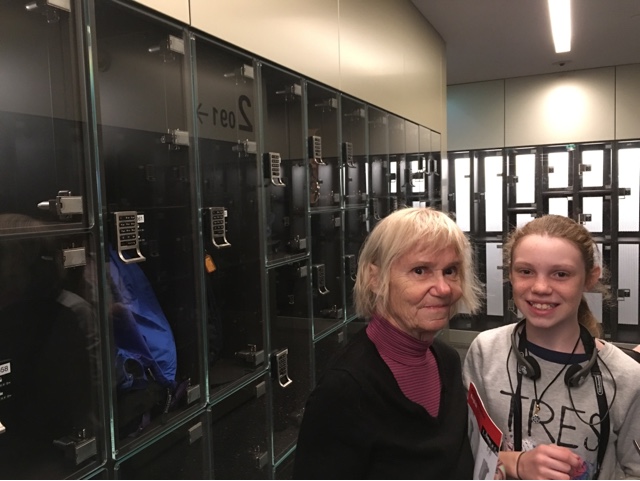 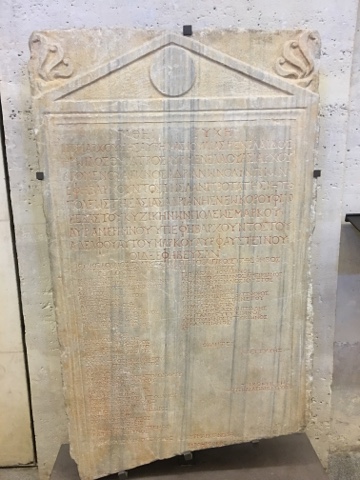 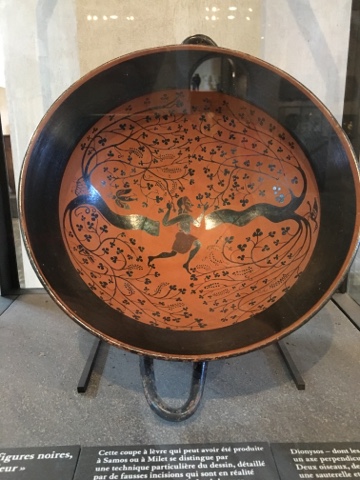 The pictures don't do the opulence of this apartment justice. 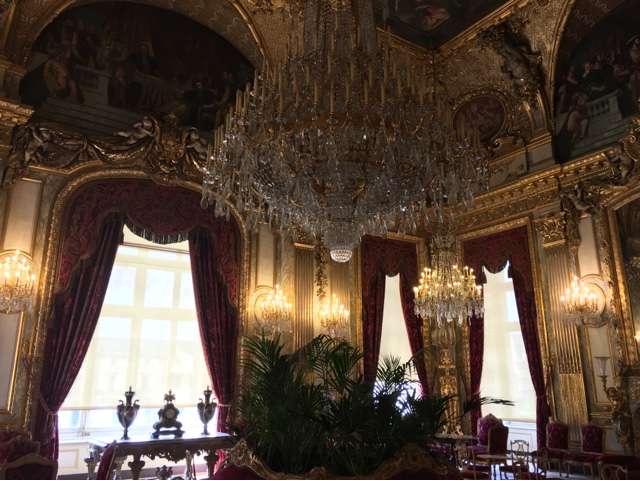 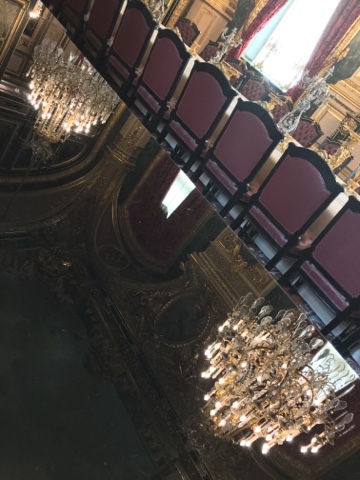 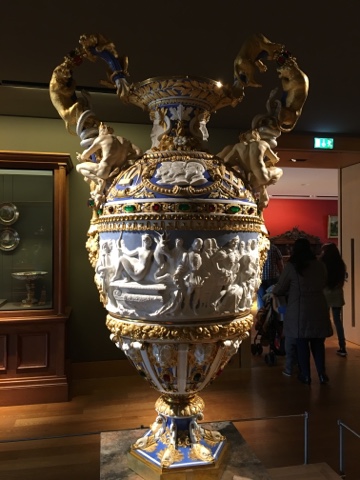 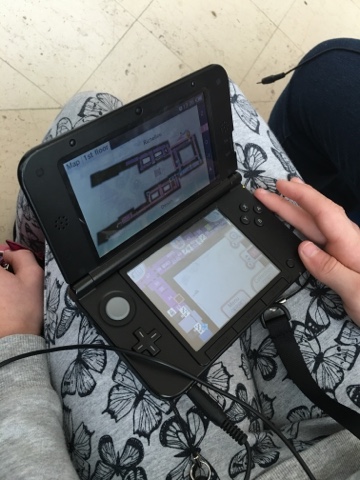 We couldn't miss this. The horde of people wasn't as bad as I expected. 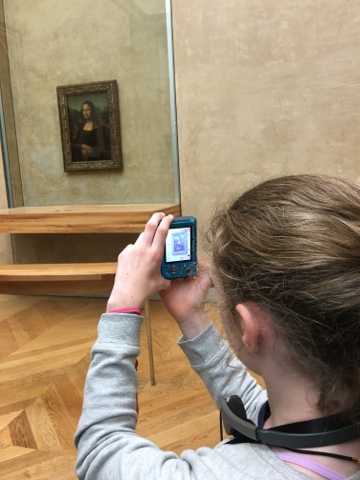 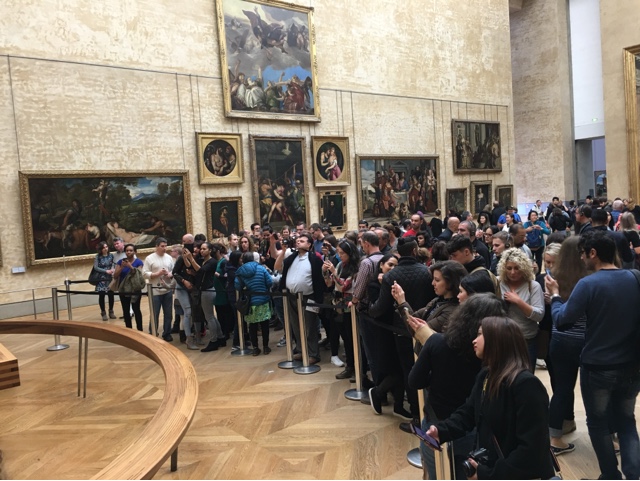 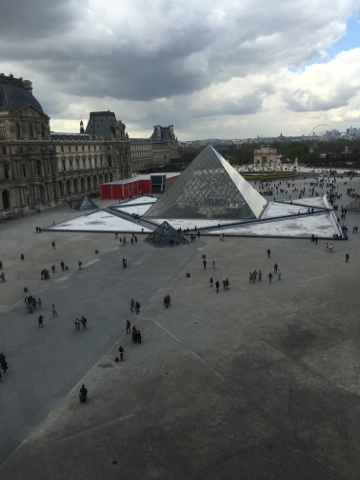 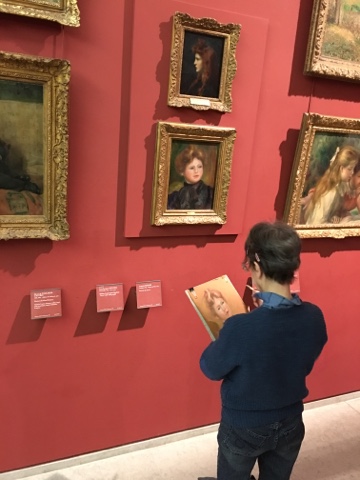 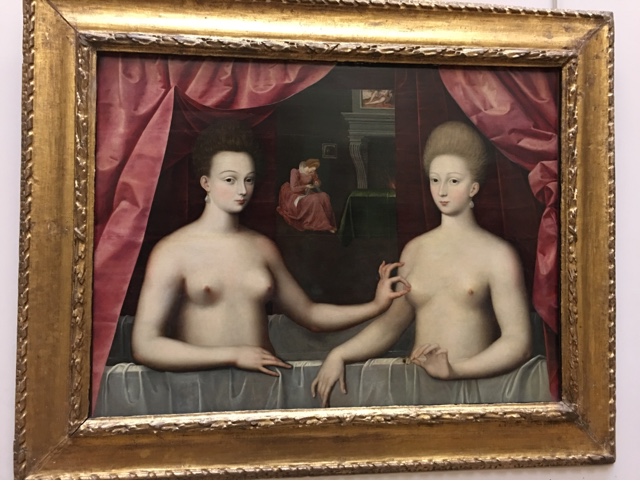 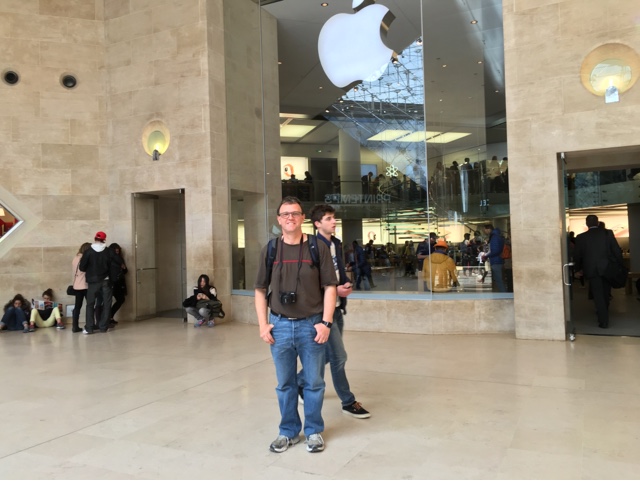 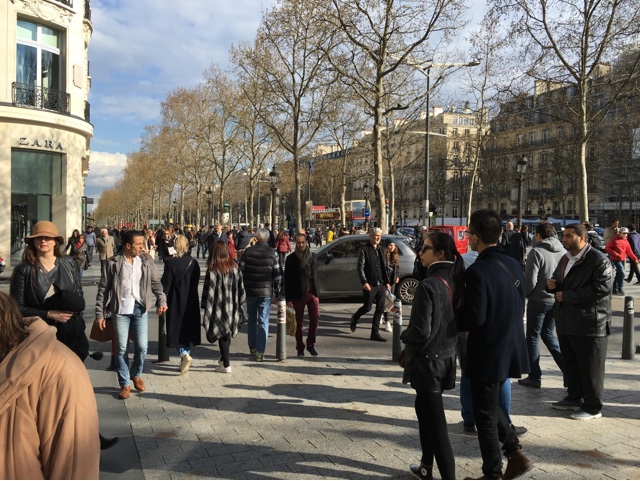 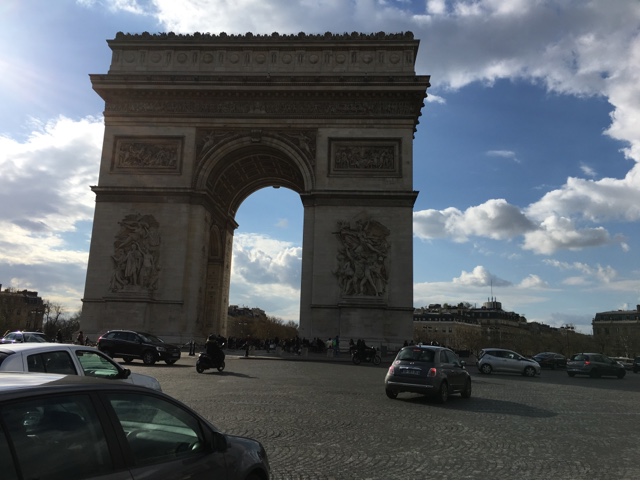