Today was our bus trip to Stonehenge and Bath. Stonehenge was really just a quick stop on the way, we were only there for an hour. You can read my coffee report for details on getting to this part of the UK. It was *really* cold here, so cold we probably didn't spend as much time investigating the monument as we should have and were really keen to get back to the cafe for some lunch in the warm room.

You actually pass the monument closely whizzing past on the motorway. The visitor centre is about 2km from the monument, and they run regular busses to / from it. You can get closer to the monument than I expected, although its not like it was in the 1970s/1980s apparently when you could climb around the stones.

After some very nice pasties and coffee, we were back on the bus for the trip (about an hour) for the ride into Bath. The Roman Bath is totally amazing, one of the best things I've seen on this trip to Europe, a large majority of the bath actually still operates from the hot spring underneath the city. The Roman's engineered an underground cistern around the spring vent which is still in operation today. From there the warm water (at 46c) moves through the remaining bath systems. In Roman times there would have been a massive dome over the main bath. The water then drains away into the river.

There is a section within the museum that taps the spring water from deep underground (bypassing the algae) that you can drink to taste the water. Its got a slight mineral / salty taste to it, quite disgusting at 46c, but might be OK if it was around 5c. The museum also has a vast coin collection that were either recovered from the baths or from other finds around the city. Its all very amazing.

After the bath, we wandered up to the Jane Austin House, which was very very high on Sharon's todo list for the trip. Sharon, Emma and Paul did a tour of the house. I just had a tea in the connected tea house. After this we got back on the bus for the 3hr drive back to central London. Once home we had a quick dinner at Spitafields market which was unfortunately mostly closed.

Whizzing past on the way to the visitor centre 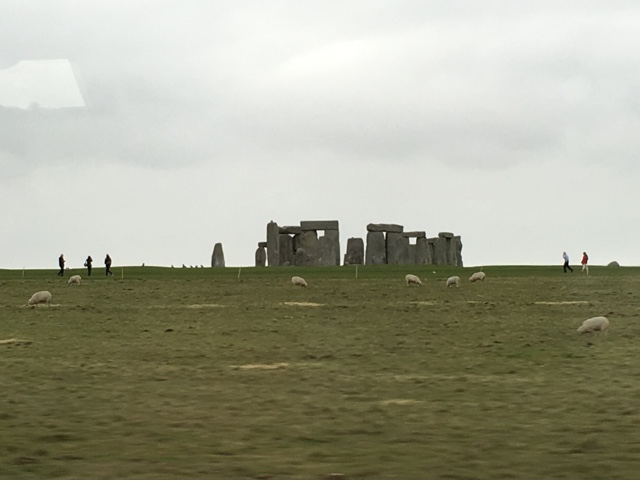 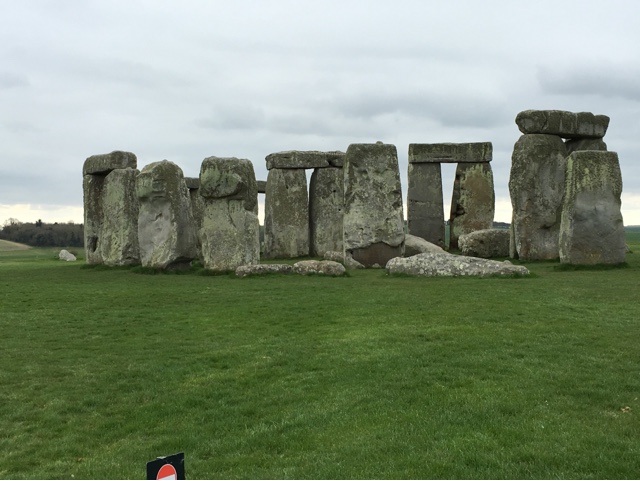 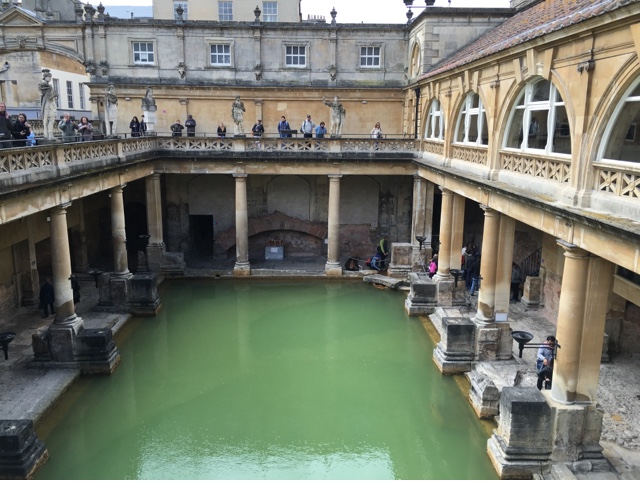 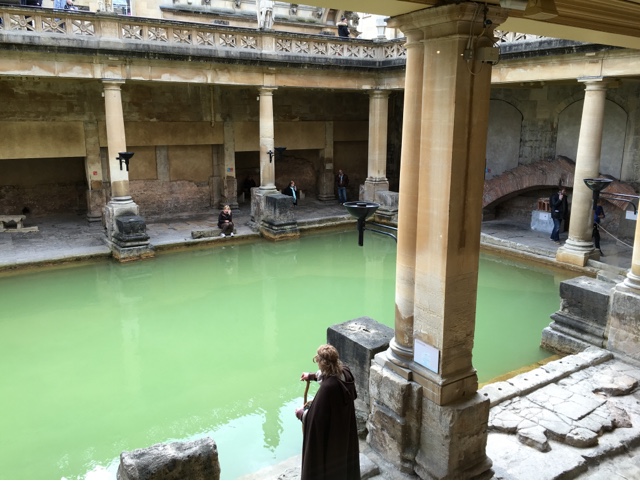 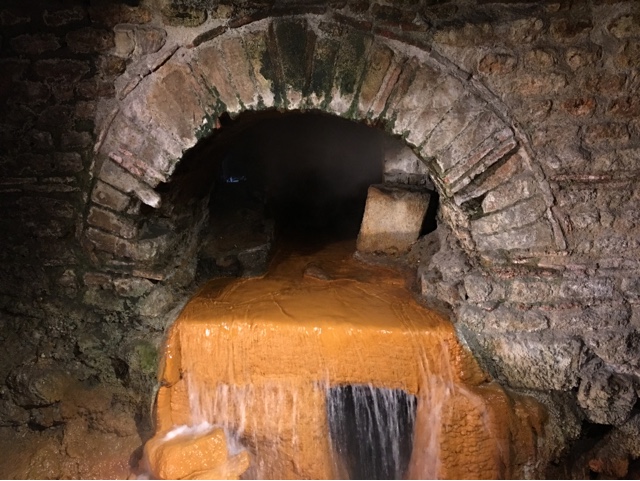 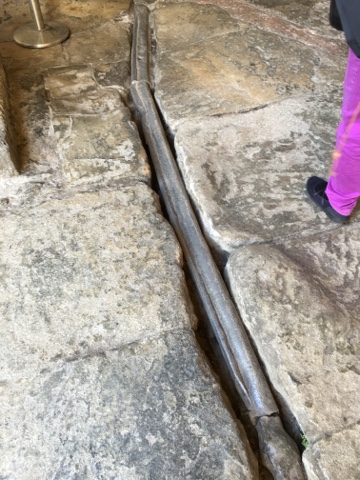 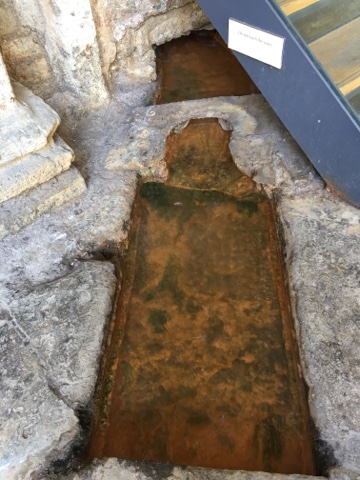 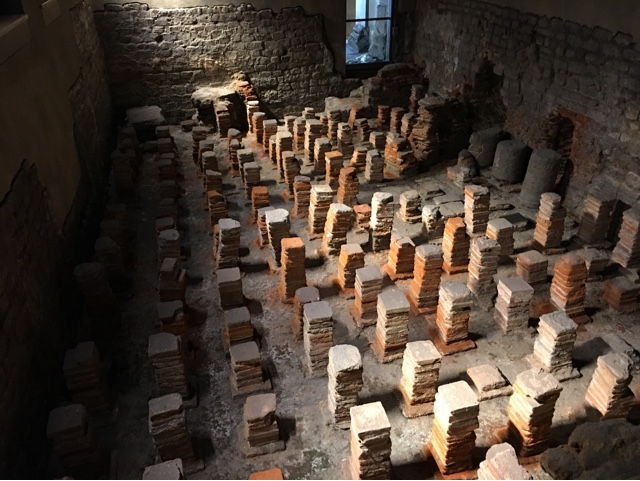 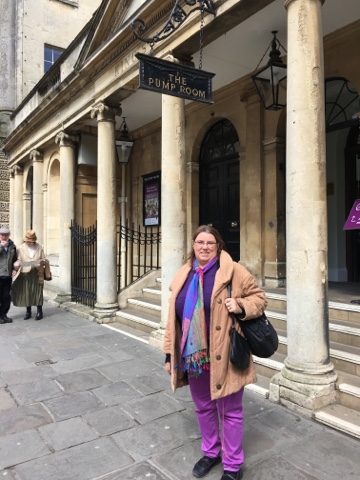 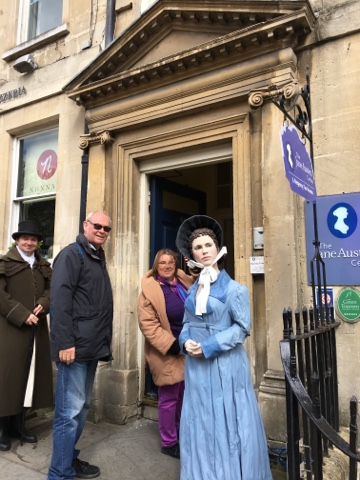