Today we are flying to Bangkok on our journey home. We left Rome for Helsinki, then Helsinki for Thailand. Its basically just a day and a night of travel. I'd been hoping that since we were in Italy I'd get a nice Italian coffee before we left, but alas, that wasn't to be.

When we finally got into the lounge, they only had a coffee machine, and the coffee tasted like they had used UHT milk in the machine. It was not nice at all. Sue also had a coffee from the machine, as soon as she sat down and took a sip, the only words uttered were "YUCK!". Thankfully the machine only half filled the cup so we only had to endure half a cup of rubbish. This was as bad as that coffee I had on my first day in Paris. The lounge was really less than impressive overall, but more on that in my later blog post, so stay tuned.

Second coffee of the day was on the plane from Rome to Helsinki, it was only brewed coffee with milk, but given how bad the first one was, and the fact I'm drinking hot coffee 10KM up in the air, it was pretty nice. Thank you Finnair !

Third coffee of the day (on a caffeine buzz now) was at the lounge at the airport in Helsinki, again, machine made, but a better machine and with proper milk this time. We were not in the lounge for much time, but it was nice to get another coffee in.

The machine at the "lounge" in Rome 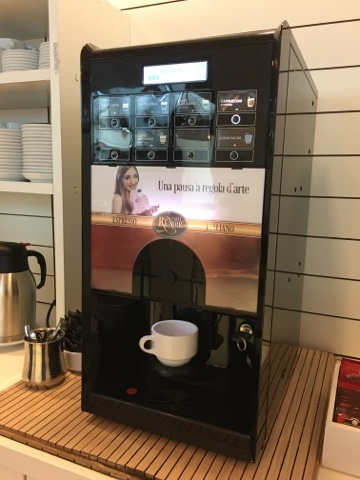 My last coffee in Italy 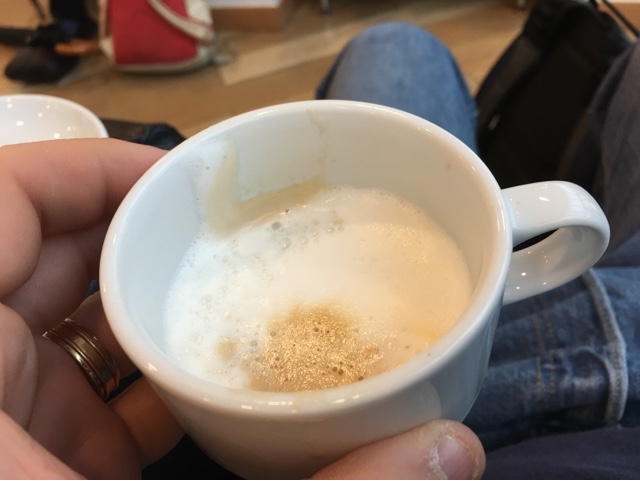 My in sky coffee, I guess you could say I had this in Hungary, as we were flying over it at the time. 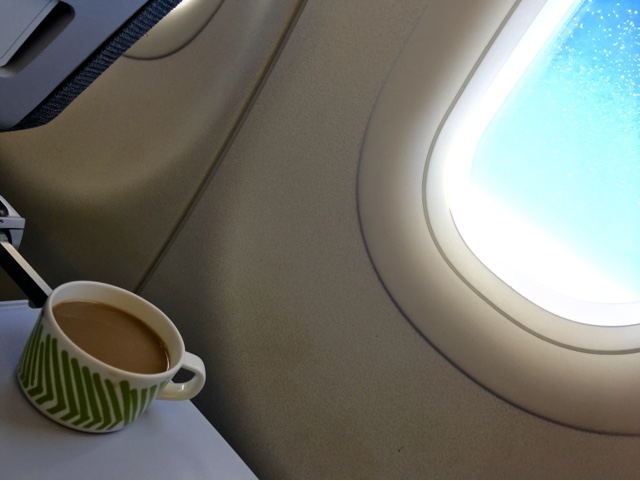 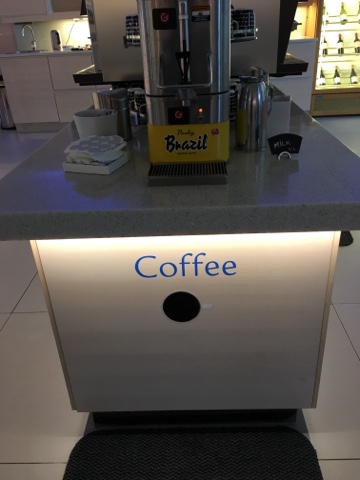 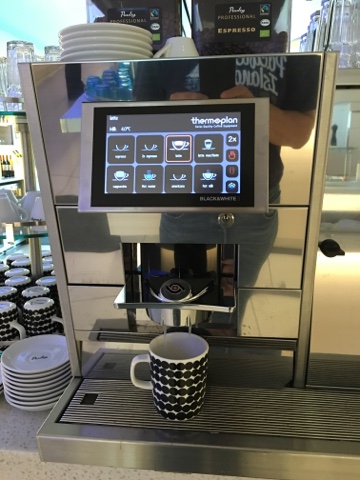 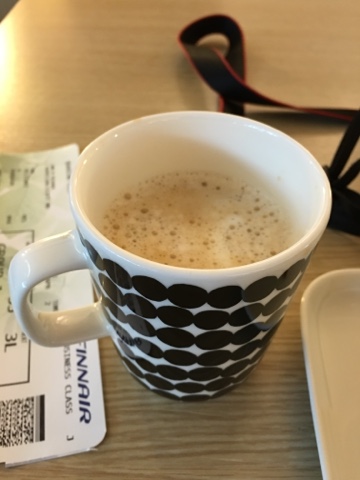