We were woken up this morning by a work crew digging up the street, wasn't 100% sure why until about an hour later when it became obvious it was something to do with the sewer, so time to shut the windows. They must have regular issues just here as there is a clear concrete line where they dig it up on a regular basis and are careful not to damage the rest of the cobblestones.

Time for coffee, so out I go. Our second last morning (and final full day) in Paris. Coffee here has been a real mixed bag, have had some nice ones and some horrible, but it would seem the majority have been automated machines, even when you least expect it. I mentioned that I'd try the larger chain coffee in the street for comparison since it didn't look like an automated machine, so today was it. I went into Pret-A-Manger, and its very much like Starbucks, but with a better selection of foods. They don't have a complete espresso machine as I first though, looks like the coffee grounds are automated, but at least the milk in hand frothed.

There is also some Australian influence, there is a "Flat White" on the menu, (spelt with English). Cups are proper takeaway cups with lids and I get a bag. He completely overloaded the chocolate on top, its like a layer of chocolate concrete by the time I have the coffee. Coffee was OK, better than the general machine made stuff, not as good as the first one I had at the bar on my first day here or the one yesterday afternoon.

One coffee made, the rest on the way. €13 for 3 coffees and 3 pastries. Not the best coffee, but probably the best value we have had in Paris. 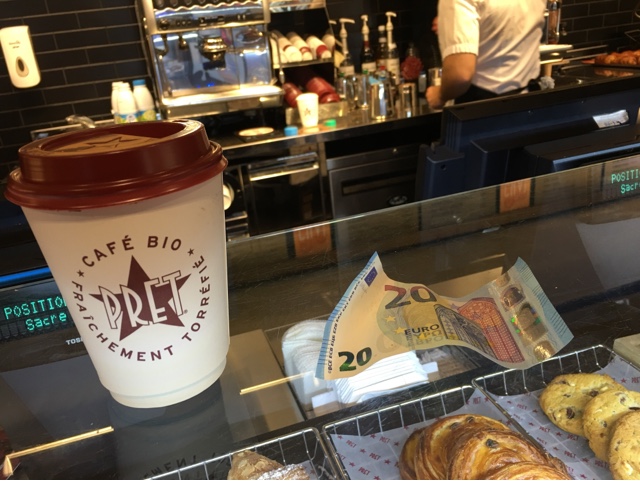 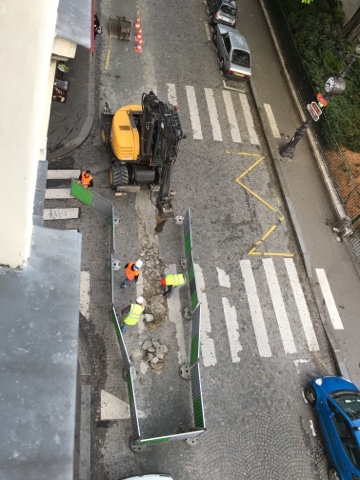 The machine and the menu 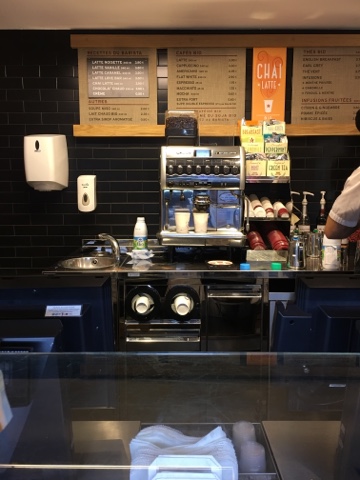 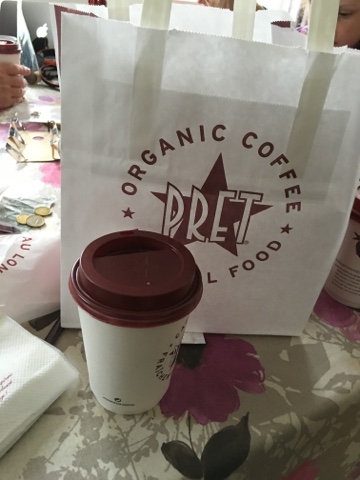 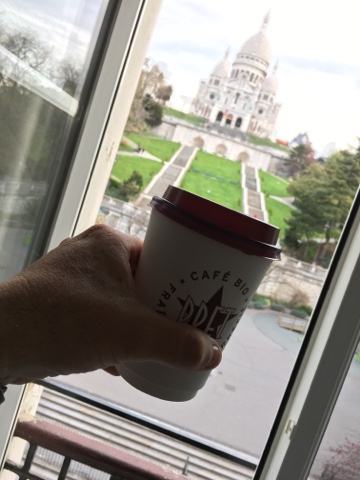 OMG, way too much chocolate. 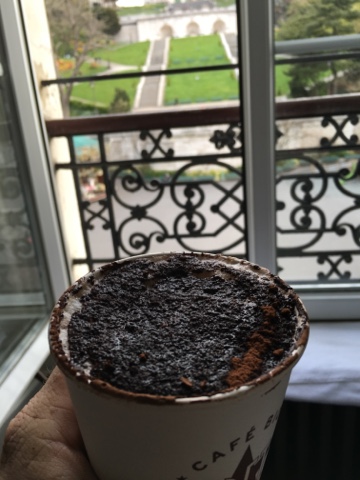